His Majesty the King helped pay for medical care for a seven-year-old boy savaged by four stray dogs in Phang Nga. He is recovering in a Phuket Hospital.

Dr Chalermpong Sukhonthapol, director of the Vachira Phuket Hospital, said the hospital was told that His Majesty has taken Yeunyong “Nong D-Max” Chairap under his patronage.

The boy was attacked in Ban Tha Noon, Takua Thung district, on Sunday.

The boy had emergency surgery on Sunday on the deep wounds he suffered all over his body, including his face, arms and legs.

Chalermpong said a team performed a second surgery for the boy for six hours on Wednesday.

He said the surgeons would perform a third operation to fix bigger wounds, which may require tissue grafting, on Saturday. 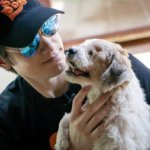