Police have arrested a 36-year-old Thai man for allegedly running a fake news website that published a report about a “death” after exposure to airborne particulates 2.5 microns in diameter and smaller. The story reportedly caused anxiety in the wake of PM2.5 dust blanketing Greater Bangkok.

Suspect Wattanapong Pithawattanathitikul, who was arrested on January 27 in Bangkok, confessed to the wrongdoing and claimed that it was a click-bait to lure people to his site to boost advertising income, said Immigration chief Pol Maj-Gen Surachate Hakparn. He is deputy director of the Royal Thai Police’s Thailand Action Taskforce for Information Technology Crime Suppression (Tactics).

Bangpunsara.com reported a woman’s death by PM2.5 exposure along with photos of a rash-covered patient, which was fake, according to the police and Public Health Ministry.

Publication of false information causing public confusion and panic was in violation of the Computer Act, punishable with up to five years’ imprisonment and a Bt100,000 fine, Surachate said.

False information was also published on gmmwork.com andjookthai.com whose servers were in another country meaning the police had blocked access, he added. 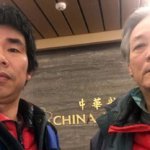 Dissidents trapped inside Taiwan airport allowed in after 125 days