I thank Maggie for telling us later in her response to comments that we are welcome to share
this. I urge everyone to see her website, the Honest Courtesan. I wish I could explain the fallacies
of America’s War on Sex as well as Maggie McNeill. I live in Thailand and find the media
coverage of rising out of America to be truly offensive when seen beyond the US borders. I hope
I hope to make a contribution too in rolling back the international war on sex.

Maggie’s subject here is the use sex of offender lists which seems most prevalent in the USA.

Maggie McNeill – –
The 21 st  century American view of sex is warped beyond that of any other historical culture.  The
official and popular paradigm appears to be based on the belief that sex is such a horrible,
monstrous abomination that the mere mention of it to an adult can constitute “violence”, that
participating in it for taboo reasons can be a “crime”, and that if a person is exposed to sexual
contact, conversation or imagery (observing, creating or modeling for) even one minute before
midnight on her 18 th  birthday she will be instantly and irreversibly ruined beyond any hope of
redemption.

Unwanted but non-violent sexual contact is portrayed as equivalent to murder or
mayhem, and looking at a picture of a nude person younger than the sacred Moment of Shazam
is worse than some forms of murder, even if the “victim” is already grown up, dead or unaware
the picture exists, or if the models are only pretending to be underage or (in the case of
drawings) aren’t even real.

Given this sick, obsessive paranoia over a simple biological function, it’s really not surprising
that America has declared total war on it.  And I don’t just mean a regular war, either; this is a
win-at-any-cost, scorched-earth, throw-babies-to-Moloch, morals-and-honor-be-damned
Götterdämmerung.  The “authorities” are willing to sacrifice civil rights, legal precedents, our
kids’ health and happiness and even decency and common sense to “win” it…and it shows.  Its
clearest illustration is the “sex offender registry”; those who are condemned to it face ostracism,
exile, unemployment, harassment and sometimes risk of assault or murder, usually for the rest of

their lives, for horrible “crimes” such as prostitution, getting their girlfriends angry, having sex
while teenaged or drunken bladder relief within sight of a cop.  No other crime which doesn’t
end in corpses earns a lifetime of punishment for a single action, and no other offense
of any kind results in such a disproportionate and cruel sentence.  But when sex is involved,
logic and proportion are disposable, as is the law itself:

…Corey Hipscher…was accused of fondling…[three] young girls…[whom he] had taken…on
boat rides [at a Florida water park where he worked], pulling them behind him on a flotation
device, the girls and other witnesses testified during trials in August and November 2011.
Hipscher’s lawyers argued that the girls misinterpreted innocent contact.  [He was tried and
acquitted twice]…for those who may not appreciate it, obtaining an acquittal against accusations
of this nature are notoriously difficult, as the natural inclination to believe and protect children
tends to overcome all other evidence.

To prevail twice in such cases is, well, quite extraordinary…[Broward Circuit Judge Martin] Bidwill was unimpressed, finding that Hipscher committed a new crime while on probation for an old one.

And while he legally could not impose the life sentence Hipscher would have received had he been convicted of child molestation, Bidwill gave the defendant the stiffest sentence he could…15 years imprisonment,….

…based solely on the same evidence for which had been acquitted…

If you wish to read more about the horrible use of criminal justice across all American States in
the form of Sex Offender Lists. Or to read the entire article here as well comments resulting from
this article you can find that it here:

For more information about the harm of Sex Offender Lists I recommend this site:

Note this is just one more example of a prominent, long serving advocate to use the words War
on Sex, and hysteria. I say those words quite a bit and I am very glad to be able to show you that
I am not alone. This had its greatest growth the minute George W. Bush, an evangelical
Christion, took office as President. If this War on Sex were contained within the borders of the
United States, I would have no complain. But it is wrong to proselytize America’s conservative
sex culture onto the rest of the world. 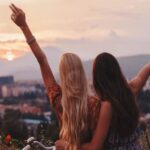 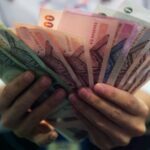 Should we be concerned about the baht