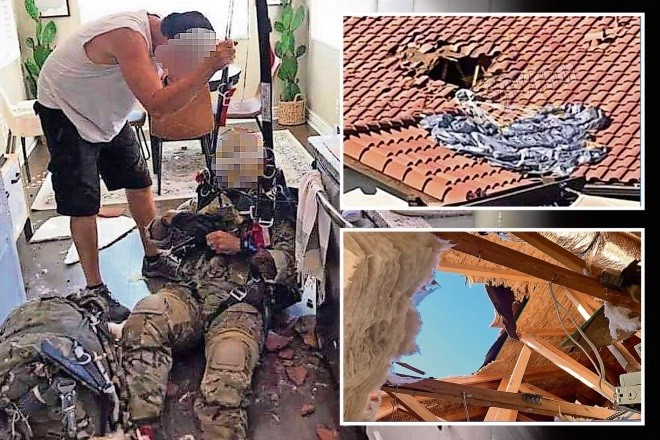 He had leapt out of a plane at more than 15,000 feet on a High Altitude Low Opening jump known as Halo – which the SAS and SBS use for covert insertions into hostile territory.

But he spiralled out of control when the chute failed to fully deploy.

The impact punched a gaping hole in the red-tiled roof of a bungalow on the outskirts of Atascadero.

The soldier – who was wearing uniform reserved for UK Special Forces – tumbled through the loft and through an interior ceiling landing in a ground floor kitchen.

Police said bungalow’s residents were not home when the incident happened at 4.55pm local time, on Tuesday.

Pictures of the scene showed the stunned soldier on his back, surrounded by debris and brick dust in the kitchen.

He was still attached to his harness. The lines ran through the roof and the parachute was splayed on the building’s roof.

Police said: “The parachutist had fallen through the exterior and interior of a residence.

“The parachutist was conscious but stunned with complaints of pain but no visible serious injuries.”

Pictures showed he had bloodied ankles.

He was taken to the city’s hospital for treatment.

Police said all the other soldiers taking part in the training exercise “landed safely at the designated landing field.”

“We are grateful that the parachutist received only moderate injuries and that no other persons suffered injury,” police added

Jomathan Shiroma, a spokesman for Camp Roberts,, a California National guard base around 30 miles north of the incident, confirmed that the soldier was British. 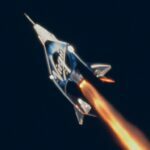 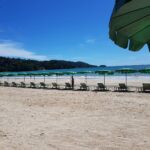