Home » Lorry topples off a bridge, killing the driver but miraculously avoiding cars as it crashes down below after taking a bend too quickly in Thailand 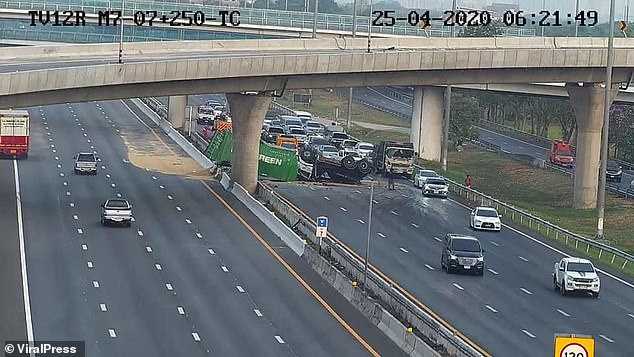 This is the shocking moment a lorry speeds round a bend on a motorway flyover before plunging 30ft to the ground, in an accident which left the driver dead.

Highway camera footage shows the green trailer climbing up the Thap Chang Mai bridge in Bangkok on Saturday morning, despite an overhead sign forbidding heavy trucks with four wheels and above.

The 18-wheeled container, which was loaded with rice, loses control on an overhead U-turn bridge as it swerves around the first bend.

The green trailer flips on its side and topples over the edge, dragging the tractor unit containing 40-year-old driver Vichak Dokkam with it.

It smashes onto the lanes below and into the path of oncoming traffic as a cloud of smoke billows around the wreckage on the highway bound to Pattaya.

The truck miraculously managed to avoid hitting other cars, despite the heavy flow of traffic.

Police said the driver, Vichak Dokkam, 40, was pulled from the wreckage but pronounced dead in hospital on Saturday morning.

It took officials more than two hours to clear the wreckage and for normal traffic to resume. Police investigations are underway. 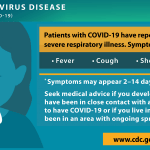 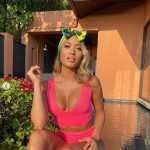