Home » Husband asks wife to forgive him, ends up smashing her windshield 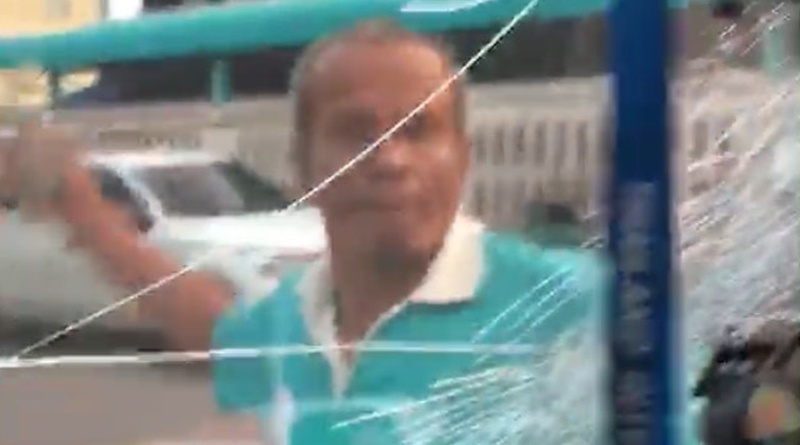 A husband was chasing his wife asking for forgiveness but ends up smashing her windshield after she refused to come out of the car. Arunee Mala 40 years old went to file a report with the Bang Bua Thong Police in Nonthaburi Province on 18 November 2019. She showed the police the main evidence of a video showing the husband’s rage as he smashed her van’s windshield.

The victim stated that the husband followed her as she was delivering students back home in Bang Bua Thong Village. The police invited Pricha Mala 44 years old husband in for a talk on 19 November 2019. Pricha stated that they were staying at different locations since January this year. They had some family problems. Yesterday he saw her as she was driving and decided that he wanted to talk to her.

Pricha knocked on the van’s window but she wouldn’t come down. The wife later stated that she didn’t want to exit the vehicle as she was afraid for her own safety. Pricha then explained he got angry and started punching the windshield until his hand was hurt. The glass broke as a result of all the angry punches.  Even after all the smashing she still wouldn’t come out to talk to him.

still hasn’t talked to his wife and he really wants to see the children. He insists that it was all out of anger and he wasn’t on any drugs. He is sorry for scaring the wife. The Bang Bua Thong Police reported that the wife came in and filed a report as evidence but she didn’t want to press any charges. Arunee told the police that her husband wanted them to get back together. Her husband got so angry after she wouldn’t come out of the van that he started breaking the windshield with his own hands.

The police have invited Pricha in for a drug test as the video shows that he was in extreme anger and unusual behavior, oftentimes related to the use of drugs. He also has a history tied to drug addiction and rehab. 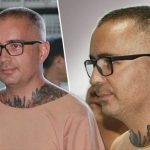 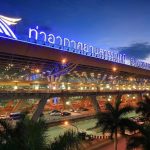