Home » Slip of the tongue: Hospital apologises to mother over ‘weird’ medicine label 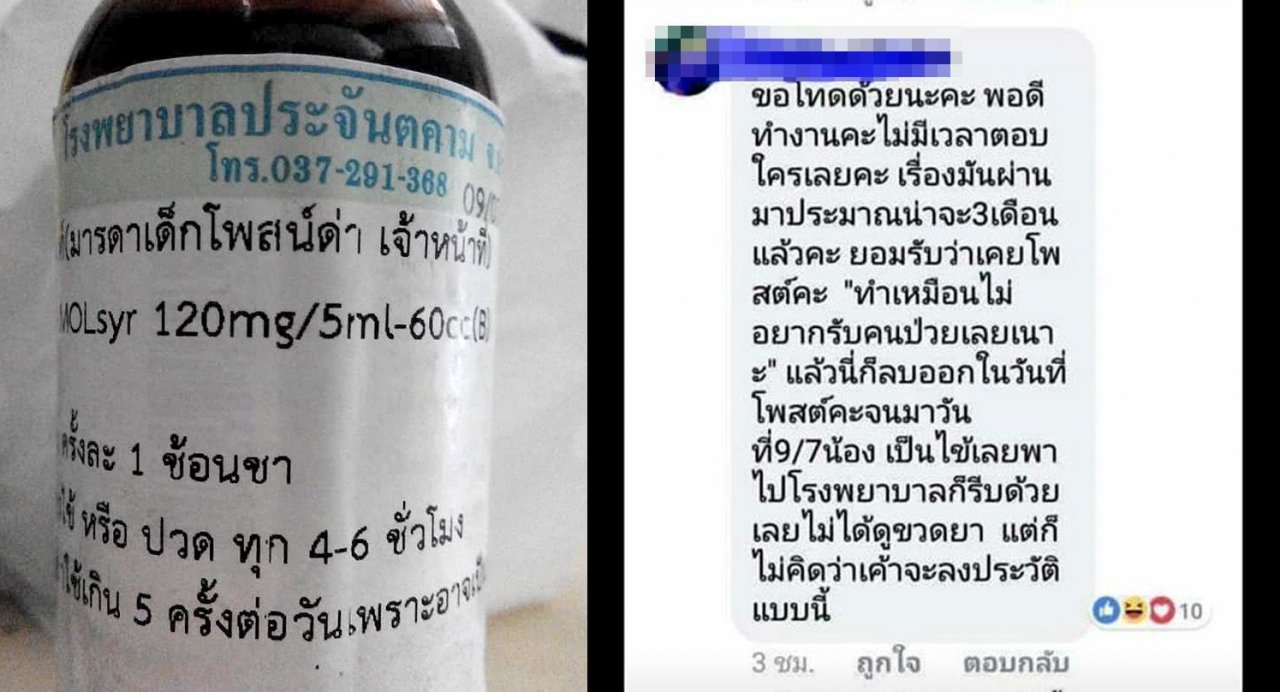 Facebook users have widely shared a post and condemned a hospital in Prachin Buri for stating on the label of medicine prescribed for a child that the mother had attacked the hospital on Facebook.

The post showing the label went viral and the hospital issued an apology on Wednesday, saying it was simply issuing an internal warning to staff to be especially careful in the way they treated the mother.

The mother, whose Facebook user name is Lookked Chalisa, posted a photo the medicine bottle label that reads: “Mother of this child posted criticisms against officials”. The message was displayed above the drug name.

The mother’s post demanded an explanation from the hospital though she did admit to attacking the hospital on her Facebook wall three months ago. The post, which has since been removed, complained about the apparent reluctance of the hospital staff to provide service.

Many Facebook users attacked the hospital, commenting that the hospital lacked medical ethics and it should not have humiliated the mother in this way.

In its apology, the letter said the staff were simply warning each other that the mother had expressed dissatisfaction at services earlier and they should treat her well. Unfortunately, the warning was not removed.

The names of the mother and the hospital in Prachin Buri’s Prachantakham were withheld.

Missing engineer found in car at bottom of Chanthaburi pond