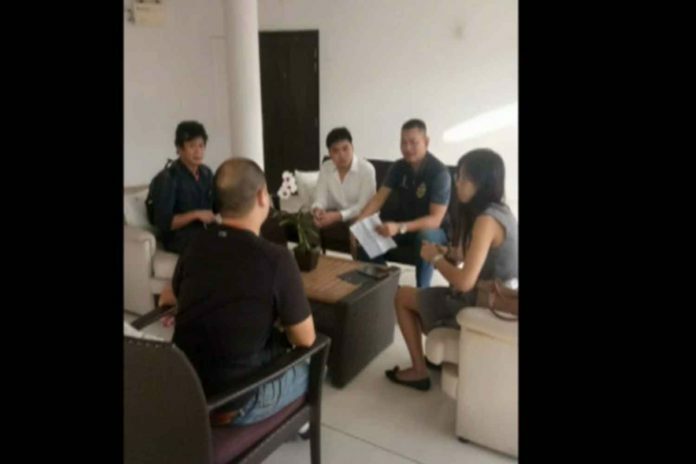 Police on Wednesday arrested a paralegal on a charge of fatally shooting a retired deputy police inspector-general who had shot dead two people at Chanthaburi Court in Thailand on Tuesday.

Thanakorn Theerawarodom was taken into custody as he was leaving his room at Kasemsarn Hotel in Chanthaburi province on Wednesday morning. Police had a warrant for his arrest on a charge of murder.

Earlier news reports said that a court policeman shot former Pol Maj Gen Thanin Chantratip after he had fired shots that killed two of his adversaries in a long-running lawsuit, in a Chanthaburi courtroom on Tuesday morning.

Pol Col Krisana Patanacharoen, the deputy spokesman of the Royal Thai Police, said on Wednesday that surveillance camera footage showed that Mr. Thanakorn took the court policeman’s pistol and shot back at the retired police major-general.

Thanin, 67, used a Glock .22 pistol to shoot prominent lawyer Bancha Porameesanaporn and his wife, and two other lawyers.

Before the shooting, they were all waiting for a hearing in a case related to their family dispute over the inheritance of 3,800 rai of land in Tha Mai district of Chanthaburi.

Thanin and Bancha were brothers-in-law, their wives the daughters of the late landowner. Bancha and one of his lawyers died in the courtroom. Thanin died later in the hospital.

Sarawut Benjakul, secretary-general of the Office of the Judiciary, said on Wednesday that surveillance camera footage showed Thanin slipping into the courtroom without being screened for weapons while the court policeman was standing at attention for the morning national anthem played at 8 am. 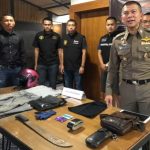 Two arrested after German expat is stabbed and robbed 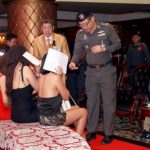