Home » ‘Toon’s’ victory overe his own standing in society

THAILAND’S national hero Artiwara Kongmalai, better known as Toon Bodyslam, has completed his epic mission to raise funds for state hospitals via a run from the country’s southernmost corner to its northernmost tip. It is a job well done, exceeding targets in many aspects.

Artiwara’s charity run has managed to attract more than Bt1.1 billion in donations, far above his initial target of Bt700 million. Over the past two months, he has also inspired many people in Thailand to think about what they could do to help the less fortunate.

Every day, he demonstrated that every small step, every small contribution counts. Artiwara’s own standing has changed, transformed from singer to national hero. His popularity experienced an undeniable ascent in the weeks since he started the charity run for 11 hospitals in Yala’s Betong district on November 1.

Although long famous as the lead singer of the Bodyslam rock band, he had never enjoyed the personal stature he now enjoys. Throughout the past two months, Artiwara has received glowing media coverage every single day, in addition to admiration from Thais the country over. The other day, a Bangkok poll confirmed he was now the most admired person of the year, beating all other candidates by a wide margin. Wherever he went, he received rapturous cheers and support.

The cheers were probably loudest as Artiwara reached his ultimate destination at 6.20pm yesterday, the Mae Sai border point in Chiang Rai province, Thailand’s northernmost spot. There, he completed his epic journey of about 2,214 kilometres. Authorities agreed to close one traffic lane heading towards the border point for Artiwara’s charity run, with Mae Sai district chief Somsak Khanakham among the waiting crowd

Thousands of people crowded around to express support for their hero. Artiwara was all smiles as he waved and greeted his supporters. He ran towards a board reading “The Northernmost Part of Thailand” and rang a bell to mark his accomplishment.

On top of the more than Bt12 million in donations Artiwara received during his run in Mae Sai district, another Bt10million came at the end of the day from Somsak Amornrattanachaikul, president of the company Asian Seafoods Coldstorage. Artiwara also received amulets from many monks.

Today, Phra Maha Vuthichai Vachiramethi of the Raicherntawan Meditation Centre will also organise a blessing ceremony for him. Tomorrow, the Army will fly him and his team back to Bangkok. The donations raised by Artiwara’s charity run are about 0.33 per cent of the total all state hospitals receive from the government every year via the |Public Health Ministry and National Health Security Office.

Although most of these hospitals are relatively big and have a wide range of facilities, many have operated in the red due to the very high number of patients they care for.

Saraburi Hospital, for example, was in the red to the tune of more than Bt321 million as of the end of 2016. The donations from Artiwara’s charity will benefit not just these 11 hospitals but also their patients.  Source: Asia Nation 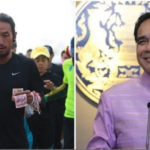 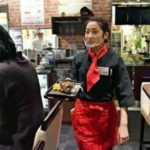