Sanook reported that six Thai women on 15-day tourist visas in Japan had been arrested for selling sex.

The Thais were part of a bust of a 39-year-old Japanese man who was running “massage” services in six places in Aichi, Mie and Gifu prefectures (provinces).

The Thai women were aged 20-35 and were picked up at the airport and taken to various dwellings where they stayed and engaged in the sex trade.

The arrests were made after a tip-off to police.

Sanook said that both the Thai and Japanese governments have warned that working while on free 15-day tourist visas to Japan can end in prison sentences and fines. 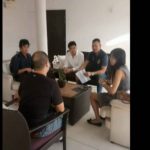 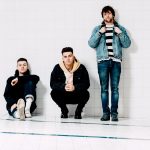 Mark KellyFebruary 28, 2020
A male teacher and three women were arrested on charges of procuring girls aged under...
END_OF_DOCUMENT_TOKEN_TO_BE_REPLACED