The Criminal Code has been amended to increase penalties for rapes and indecent assaults, including those recorded on video.

The Royal Gazette late on Monday published the amendments to many sections related to rape and indecent assault in the Criminal Code.

Section 280/1 stipulates a rape or an indecent assault recorded on video for commercial or other illegal purposes, such as blackmail, is subject to one-third harsher punishment — and if such recordings are forwarded to others, the punishment can increase by half.

Section 281 revokes any settlement plan with rape victims who are not married to the perpetrator.

Under Sections 285 and 285/2, rapes of parents, siblings, other relatives, those over whom the perpetrator has authority and those who are unable to defend themselves carry one-third greater punishment.

Under Section 286, offences related to procurement of rape victims carry jail terms of up to life imprisonment and a fine of up to 400,000 baht.

Section 366/1 sets a jail term of up to three years and/or a fine of up to 60,000 baht against those who insert their sex organs into a corpse’s vagina, anus or mouth.

The death penalty remains for rapists who cause the death of their victims.

The legal amendment also defines rape as the insertion of an offender’s sex organ into the vagina, anus or mouth of another person.

The new definition no longer considers using an object to penetrate the victim as rape. That abuse is instead defined as indecent assault but carries the same punishment as rape. 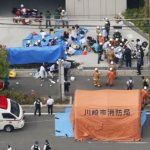 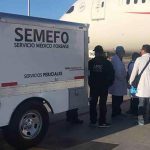 Passenger dies on plane after swallowing 246 packets of cocaine