Police have identified 11 suspects in the alleged gang rape of a 14-year-old schoolgirl and are in the process of identifying more. The victim, now 15, has said more than 40 men sexually violated her last year in a shocking case involving crimes that allegedly took place in the quiet village of Ban Koh Raed in Phang Nga’s Takua Thung district. “Local residents are ready to cooperate with police,” Yuttanakorn Juanjenkij, the Kamnan of Tambon Loryoong, said amid reports about local people’s dissatisfaction regarding the negative publicity affecting their village.

Ban Koh Raed is home to about 180 people, with some residents expressing regret and skepticism about the claim that more than 40 men were involved in sexual assault, which would mean at least one-fifth of residents were party to child rape. “Think about children who live in the village. They feel stress as such a claim means their fathers may be suspects,” Yuttanakorn said. “Local residents here are generally close. It is really hard for them to believe such a large-scale crime could have happened in their neighborhood.”
He added that people living elsewhere now viewed Ban Koh Raed negatively. Asia Nation 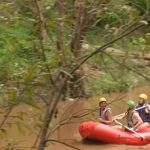 Chiang Mai warning at all waterfalls for Flash Flood 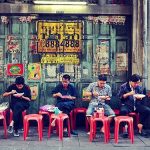 Thanks to informants ‘Bangkok cleaner and safer’