FBI Arrests: The FBI has arrested five adults who kept malnourished children in squalid conditions at a compound in New Mexico, training them to wield weapons. They were detained on firearms-related charges after a judge let three of them go.

The FBI says it arrested Jany Leveille, 35, on charges of “being an alien unlawfully in possession of firearms and ammunition in the District of New Mexico from Nov. 2017 through Aug. 2018.”

Leveille is the wife of Siraj Ibn Wahhaj, the father of three-year-old Abdul Ghani, whom he allegedly kidnapped from his ex-wife. The child’s remains were found in an underground tunnel near the New Mexico compound on August 6, shortly after Wahhaj and four other adults were arrested and taken into custody following a police raid. The prosecutor said the child died during an Islamic exorcism ritual performed by Wahhaj and Leveille.

In addition to Leveille, a Haitian national present in the US illegally, the FBI has brought charges against the woman’s alleged accomplices.

“The criminal complaint charges the other four defendants with aiding and abetting Leveille in committing the offense, and with conspiring with Leveille to commit the offense,” the FBI said.

Three of the defendants, Hujrah Wahhaj, 37, Subhanah Wahhaj, 35, and Siraj Wahhaj, are siblings and children of prominent Brooklyn imam, Masjid at-Taqwa, who tipped off the police about the suspects’ whereabouts in the first place. The fifth man arrested is Lucas Morton, 40.

Taqwa claimed that all 11 minors, who police found severely malnourished and filthy, were his grandchildren. At a pre-trial hearing, the prosecution argued that the children had been trained by the adults in how to use firearms to fend off a potential FBI raid, as well as how to commit a school shooting.

The suspects are said to harbor hardline Islamist beliefs, with Wahhaj described by the local police chief as “an extremist of the Muslim belief.”

Despite the grim evidence suggesting numerous instances of child abuse and a number of other serious offenses, District Judge Emilio Chavez on Wednesday tossed out charges against three of the suspects, Lucas Morton and two Wahhaj siblings, Subhannah and Hujrah. Justifying his decision, which startled many commentators, Chavez said that the government did not heed the 10-day limit for establishing probable cause when it arrested the members of the extended family on child abuse charges.

The same charges were also dropped against Siraj Wahhaj and Jany Leveille. Charges relating to the death of the three-year-old boy were upheld, however.

The prosecution said it would now ask a grand jury to indict the suspects in the death of the boy, so it would have more time to collect evidence. All five have been put in custody pending a federal hearing on Tuesday. 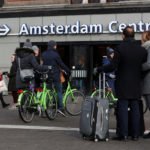