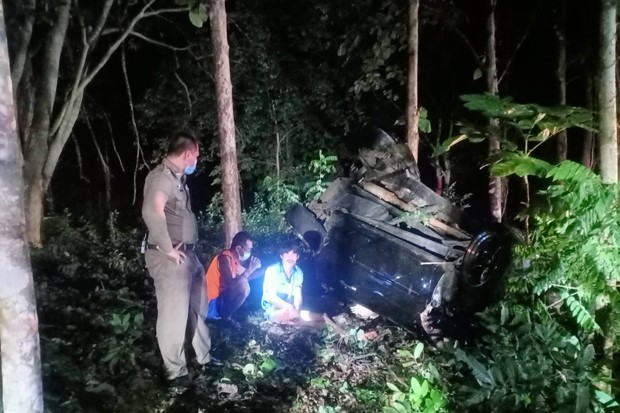 A woman was killed and her husband injured when a pickup they were travelling in veered off a road, hitting a roadside power post and tree in Thong Pha Phum district late on Saturday night.

Pol Capt Udomwit Chubuathong, a Thong Pha Phum police duty officer, identified the woman as Nichaporn Pencheevakul, 22, and her husband as Kittipong Suwanamporn, 23. Both worked at a restaurant at Vajiralongkorn Dam.

The accident occurred in front of the headquarters of the Lat Ya Task Force in tambon Tha Khanun on the road from Thong Pha Phum market to Vajiralongkorn Dam.

Eyewitnesses told the police that the pickup, a black Mitsubishi Triton, was moving in the direction of the dam at high speed when it veered off the road, crashed into a power post and a tree and overturned.

The woman was killed instantly and her husband, the driver, was slightly injured.

The body of the woman was sent to Thong Pha Phum Hospital for an autopsy.

Police were investigating to establish the cause of the accident. 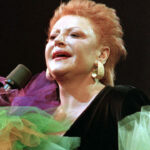