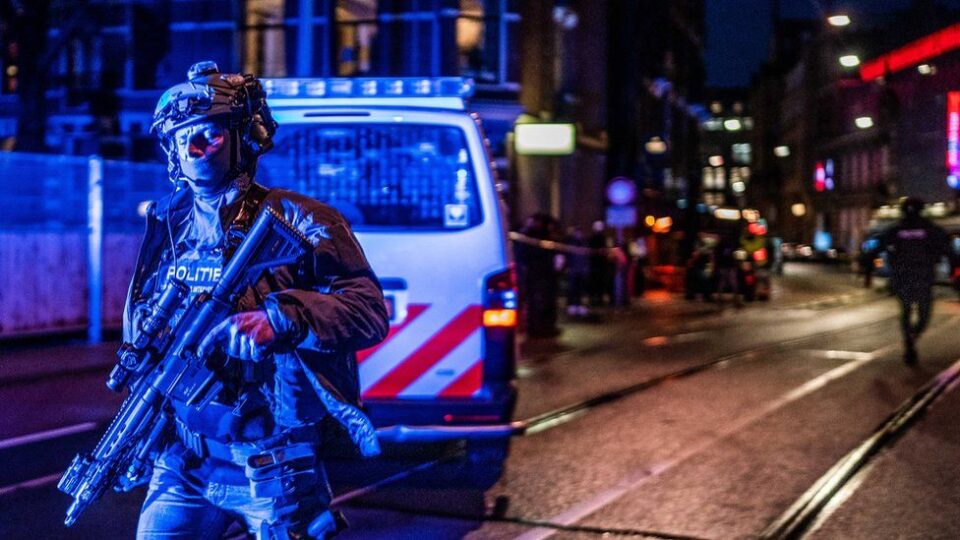 Police in Amsterdam are responding to a hostage situation at an Apple store in the city’s busy Leidseplein area.

Officers were called to an armed robbery on Tuesday afternoon which became a hostage-taking.

Specialist officers are on site to deal with an armed individual and several people have managed to leave the store, police said.

But officers said they were reluctant to release further details due to safety concerns.

Police also asked people in the area to stop sharing images or live streams on social media, for the safety of those still inside the buildings.

Images circulating in Dutch media appeared to show a man waving a firearm in one hand while holding another person in his other arm.

News outlet AT5 said that nearby witnesses had reported hearing gunshots as the incident began, but police have not confirmed this.

A heavy police presence involving dozens of officers surrounded the cordoned-off square, and people have been asked to avoid the area.

Leidseplein is a popular square on the outside of the series of ringed canals in Amsterdam’s city centre, not far from the famous Rijksmuseum art gallery.

The Apple store is the company’s flagship shop in the city, and like similar shops in other major cities, occupies a prominent spot – in this case, in the early 20th Century Hirsch building on the south corner of the square.

At 11 pm, police said the suspect was lying on the street and being examined for explosives by a robot, adding that “the hostage is safe.” They also said they were able to bring additional people who were in the store to safety.

Shortly after, police tweeted that they stopped the suspect by “hitting him” as he fled the store. Videos circulating, including one published by Netherlands-based news agency BNO News, appear to show the suspect being hit by a vehicle as he ran from the Apple store.

The suspect had no explosives on his body and was being treated by medical personnel, police said. They later added that he was taken to the hospital and they are conducting an extensive search at the Apple store where the situation unfolded.

Apple did not immediately respond to a request for comment. 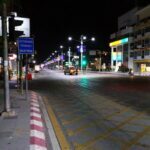 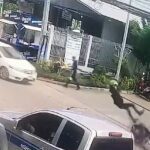 Cable snags motorcyclist by the neck