Home » How Australian actor on death row in China fell head over heels for a Thai woman and went ‘into business’ with her before he was busted with 7.5kg of ice in his luggage 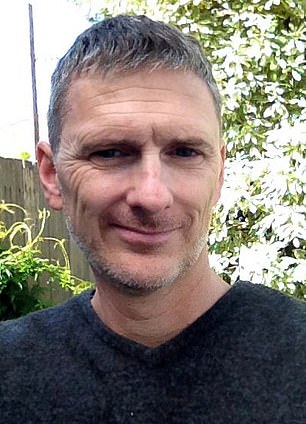 An Australian actor sentenced to death in China for drug smuggling moved to Asia to ‘go into business’ with a Thai woman he fell in love with, his long-time pen-pal says.

Most of Karm Gilespie’s friends and family members had no idea where he had been for the past seven years until it was revealed last week he was languishing in a Chinese jail.

The now 56-year-old was arrested in December 2013 at a Hong Kong airport with 7.5kg of meth in his luggage, before being sentenced to death by the Guangzhou Intermediate People’s Court on June 10 this year.

A friend of Mr Gilespie says the former TV actor fell head over heals for a Thai woman before leaving his life in Australia behind to be with her.

He told his Facebook friends he was in a new relationship on July 20 2013, just months before his contact with his loved ones suddenly stopped.

American woman Jill Parris, who had been pen pals with Mr Gilespie since they were 13, said the last time she spoke to him in 2013 he was gushing about his new partner.

‘I received a phone call from Karm and he was over the moon in love with a new woman, he was so excited about going on a business trip with to Thailand,’ she wrote.

‘I was reserved with my concerns as I didn’t want to rain on his excitement-parade.’

She said the phone call was mysterious and had worried her.

Over the phone, Mr Gilespie told Ms Parris how ‘fabulous, smart and wise’ his new girlfriend was.

Ms Parris made her friend ‘promise to get in touch’ when he got to Thailand.

‘The man never not called or wrote to me in the 38 past years of our lives… so when he didn’t get back in touch I was immediately scared it was due to something beyond his control,’ Ms Parris said.

It just was not in his character to not communicate with me nor was he found anywhere on the internet.

Mr Gilespie had been married twice before running off to Asia to be with his new girlfriend.

The second wife and his two children are believed to make up the small group who were informed about his arrest in 2013.

A government source told The Australian before Mr Gilespie’s fate was made public, no family or friend had looked into it since he vanished.

‘There’s no one out there batting for him,’ the source said.

Ms Parris said from her home in Stockton, California, that her pen pal was always searching for a better life.

Throughout high school he dreamed of being a professional AFL player before moving into acting, but after 20 years he grew tired of not being taken seriously.

Mr Gilespie had a recurring role on popular 1990s drama Blue Heelers before moving into wealth and financial management in 2009.

The new career path led him to spend more time in Asia, away from his hometown in rural Victoria.

Friends expressed their shock at the news and told how they had been trying to fin him since 2013 without luck.

American entrepreneur Roger Hamilton posted a statement on Facebook telling how he had last seen Mr Gilespie in 2013 at a financial forum, before he ‘disappeared’.

‘This is a photo of Karm Gilespie (in the red shirt) graduating from our WD Masters 7 years ago. Soon after, Karm disappeared,’ Mr Hamilton wrote.

‘He had been an active member of our community, encouraging others to be the best they could be. He was always there for others, which was why it was so strange that he suddenly disappeared.

‘He had been an active member of our community, encouraging others to be the best they could be. He was always there for others, which was why it was so strange that he suddenly disappeared.

‘Today I heard the news of what had happened to him. He has been in a Chinese jail for 7 years and has now been sentenced to death.

‘This is an Australian citizen who has been kept secretly in jail by a foreign government for 7 years before being sentenced to death with no due process.’

Ms Parris said she cannot believe her former pen pal had ended up in jail in China.

‘I am in total emotional pain,’ Ms Parris wrote to Facebook when she found out about the fate of her friend.

‘I have been secretly searching for my childhood friend who suddenly vanished from existence During the Christmas time of 2013!’

Trade Minister Simon Birmingham says the sentencing of an Australian to death in China for drug smuggling should not be linked to the ongoing friction between the countries.

‘This is very distressing for Mr Gilespie and his loved ones, and our government will continue to provide consular assistance,’ Senator Birmingham told Sky News’ Sunday Agenda program.

Asked whether he thought the sentence was linked to the ongoing political row between China and Australia he said: ‘We shouldn’t necessarily view it as such.’

Senator Birmingham said Gilespie still has a 10-day window to appeal the verdict.

He said Australia condemns the death penalty in all circumstances across all countries.

‘This is a reminder to all Australians … that Australian laws don’t apply overseas, that other countries have much harsher penalties, particularly in relation to matters such as drug trafficking,’ the minister said.

Mr Bowen said drug smuggling was a serious crime, ‘but the death penalty is never the right answer’.

‘The government will have our full support … and we trust and expect they are making the appropriate representations quietly behind the scenes,’ he told reporters in Sydney.

The Department of Foreign Affairs and Trade told Daily Mail Australia they were providing consular assistance.

‘We are deeply saddened to hear of the verdict made in his case. Australia opposes the death penalty, in all circumstances for all people,’ a spokesperson said.

‘We support the universal abolition of the death penalty and are committed to pursuing this goal through all the avenues available to us.’ 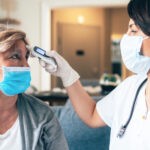 One more COVID-19 patient found, returning from the US 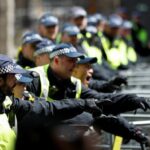 Over 100 arrested as UK far-right groups clash with police