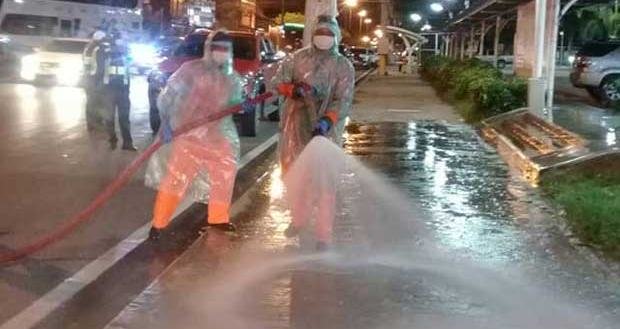 The government coronavirus response center on Tuesday morning said an Egyptian pilot who tested positive for the coronavirus and his colleague visited at least two shopping malls in Rayong province.

Center spokesman Taweesin Visanuyothin said the infected airmen and nine others left D Varee Diva Central Rayong Hotel, where they were supposed to be held in quarantine for 14 days, and visited Laem Thong Department Store on July 10 from 11 am to 2.59 pm. Taweesin also apologized for the slipup, which many fear could lead to a second wave of the virus pandemic in Thailand.

“We apologize for what happened,” Taweesin said at the news conference. “We will take it as a lesson.”

Read: Colleagues of Pilot Found With Virus Were Allowed to Leave Quarantine

Four other pilots in the same group also went to Central Rayong, a popular destination for local shoppers, from about 2 pm to 6 pm, Taweesin said.

The Egyptian Air Force pilots, 31 in total, landed on the military-operated U-Tapao Airport in Rayong on July 9 for an unspecified mission after visiting Pakistan and the United Arab Emirates. They soon left for Chengdu, China, and returned to Rayong to spend two more nights.

“We thought that the aircrew would only land at Suvarnabhumi Airport,” Taweesin said. “But they turned out to land at U-Tapao Airport where measures were still lacking.”

Health workers disinfect U-Tapao Airport in Rayong province on July 14, 2020.
The group were tested for the coronavirus on July 10 – the same day they left to visit shopping malls – and returned to Egypt on July 11. The result came out a day later, indicating that one of the pilots had the coronavirus.

Taweesin also said the airmen initially refused to take a swab test for the coronavirus, but they eventually agreed to take the test after an official from the Egyptian embassy negotiated with the crew.

The spokesman’s account appears to be supported by a video showing the Egyptian delegates arguing with hotel staff over the test.

Government officials said they will notify nearly 400 people who are believed to have come in close contact with the Egyptian airmen. Schools in Rayong province were also shut down as a precaution against a possible outbreak.

Thailand’s airspace has been closed off for months amid the global coronavirus pandemic save for diplomatic, military, medical, cargo, and other special flights. Current regulations require all aviation crews arriving in Thailand to undergo 14 days of quarantine, whether in state-run facilities or hotels converted for the purpose.

It is unclear whether anyone will be held responsible for allowing the Egyptian delegates to leave their hotel quarantine. Thailand has not recorded any local transmission of the coronavirus for nearly two months – a feat often touted by government officials. 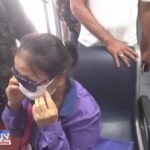 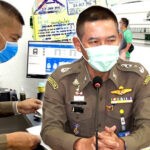 Stranded foreigners must get embassy letter, new visa or leave Thailand to avoid arrest by police