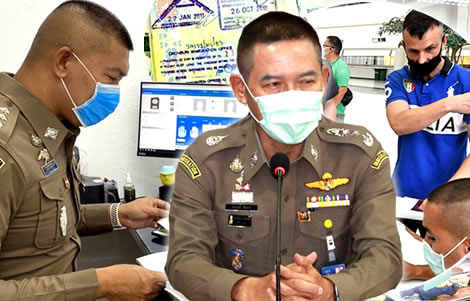 The tough stance is expected to follow if an amnesty for short-term visa holders is not extended beyond July 31st as indicated.

The move coincides with a continued crackdown on foreigners working illegally in the kingdom and those engaged in criminal activity. This has intensified given current high levels of unemployment in the Thai economy due to the virus crisis.

A spokesman for Thailand’s Immigration Bureau has warned foreigners stranded in Thailand who cannot manage to leave the country before their visa expires on July 31st next, to urgently seek a letter from their embassies as the kingdom begins a ‘clear out’ which could make them the subject of overstay fines as well as arrest and detention by Thai authorities.

Thailand’s Immigration Bureau has signalled that it is highly likely that the current visa amnesty for travellers or tourists stranded in Thailand since before the state of emergency was announced at the end of March, will end when it expires on July 31st.

It comes as immigration authorities have reopened their ancillary office in Muang Thong Thani, on the outskirts of Bangkok, to cope with increased demand as foreigners prepare to flock to process their visa extensions. The offices were first opened just weeks before the current visa amnesty to allow for social distancing as visa holders are processed through the system.

On Friday last, Colonel Phakkhaphong Saiubon, a spokesman for the bureau, spoke of a need to ‘clear out people’ in the system as Thailand fitfully moves towards normalising travel in the future in and out of the country.

The immigration police officer was responding to questions on the status of the visa amnesty which has already been extended once and was first introduced on April 7th last.

It effectively meant that any visa expiring after the state of emergency was announced on March 26th would be automatically extended.

The initial expiry date was April 30th but this was subsequently extended to July 31st.

Colonel Phakkhaphong was forthright in his assessment.

‘There most likely will not be an extension. It’s all quiet on that front. It’s been a long time and we need to clear out people,’ he said.

‘Thailand and the Thai government are already generous. No other country has this long of a visa amnesty.’

There are currently no figures available suggesting how many foreigners may still be left stranded within Thailand’s borders.

It is estimated that, at the outset of the emergency, as many as 500,000  foreigners were accommodated. This number has been steadily reduced as foreigners availed of scheduled flights which are still flying out of Suvarnabhumi Airport in Bangkok as well as repatriation flights organised by foreign governments.

The situation after July 31st will mean visa overstay fines will apply to those foreigners overstaying their visa from that date. They will also be required to comply with the 90 days reporting requirement.

This visa amnesty did not apply to foreigners who already had visas other than a tourist visa or who had entered Thailand before January of this year.

There is already evidence that immigration bureau officers and other police forces have already stepped up enforcement activities against foreigners living and working illegally in Thailand over the last few weeks.

This has been part of an ongoing security crackdown introduced by the junta government in 2015 and carried over with the aim of tightening Thailand’s borders and improving security.

The bureau is running an ongoing campaign reaching out to Thai citizens and publicising hotline numbers to report foreigners acting suspiciously or who may have been linked with criminal activity.

A renewed campaign had been up and running and spearheaded by the Immigration Bureau since the end of October 2019.

At the time, the Head of the Immigration Police known as ‘Big Oud’ or  Lieutenant General Sompong Chingduang warned after a spate of arrests, that it was ‘only the beginning’ of an ongoing crackdown which now looks like it has been resurrected.

Colonel Phakkaphong said on Friday that any foreigner with a visa expiring after July 31st should act now to have it renewed or prepare to leave the kingdom before that date.

‘I recommend you do it within this month,’ he advised.

He warned that the government may still require a letter from individual foreign embassies in respect of foreigners who find they are not able to access a flight because of limited funds or flight availability caused in part by the current government block on incoming passenger aircraft.

A certain proportion of stranded foreigners will not have the financial resources to pay for a flight with reports that some are relying on charity and food handouts to live in Thailand.

Colonel Phakkaphong urged any person with such concerns to make contact with their embassy now to obtain the appropriate letter.

‘It also depends on the flights available for you,’ the senior officer said. ‘But if your embassy won’t issue a letter for you, then you may have to leave since there’s not much we can do.’

Alternative of doing nothing – not an option

The alternative for those who remain is the imposition of overstay fines and the real prospect of being arrested by the immigration police.

This is a process that often leaves foreigners stranded instead behind prison bars while they must still scramble with heightened difficulty and limited windows of opportunity because of their incarceration, to arrange higher priced flights and pay for their own deportation from Thailand.

In recent years, some foreigners have died in such situations.

It is an outcome that foreigners are best advised to avoid. This includes the need to have specifically valid authorisation to work in Thailand in any particular field.

Requirements to extend visas are demanding

The requirements for extending any visa in Thailand are often demanding but it also depends on the province as individual immigration offices adapt slightly different standards.

However, the requirement to review or extend most visas will require evidence of where the foreigner is living which can extend to the sight of property deeds, identity documents of those renting the property as well as depositions and photographs from the owner of the property.

Meanwhile, the Director-General of the Department of Employment, Suchart Pornchaiwisetkul, has announced a nationwide crackdown on foreigners in Thailand working illegally in positions which are prohibited under a revised list of restricted occupations issued on June 20th under Thailand’s Immigration Act.

The initial crackdown will focus on Chaing Mai, Surat Thani, Songkhla and Phuket although operations and surveillance may occur throughout the kingdom.

The list of restricted occupations is extensive but the key problem appears to be foreigners enployed in retail sales assistants and street hawking or promotion of products.

In any event, foreigners are also required to have a work permit to work in Thailand but there are reports of arrests being made of individuals, even with work permits, working outside the official scope of the permit issued.

If arrested for breach of the law, foreigners face a fine of ฿5,000 to ฿50,000, arrest and deportation from the kingdom.

Thai companies or individuals hiring foreigners face stricter penalties including up to 1 year imprisonment for a second offence.

There are several agreements in place between Thailand and other ASEAN countries including Laos, Myanmar, Cambodia and Vietnam where staff in engineering and related fields as well as salespeople may be employed by Thai companies dependent on the levels of taxation these companies pay to the exchequer.

A crackdown in this area, which began on October 1st 2019, has seen over 380,000 foreign workers examined by the department inspectors and has resulted in 29,883 employees found to be in breach of the law.

Over one thousand six hundred people faced prosecution with nearly all coming from Cambodia, Myanmar, Laos and Vietnam.

A smaller number, 107, were from other countries. 368 people in total were arrested and subsequently deported. 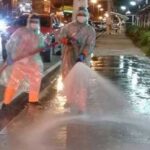 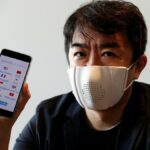