A man who claimed to have worked at the secret US base ‘Area 51’ has allegedly had his house raided by the FBI after the release of a controversial film about his work on UFOs and alien technology.

Bob Lazar caused a frenzy three decades ago when he spoke about his work behind closed doors at the secret base. In 1989, alongside a journalist called George Knapp, Lazar spoke about the facility known as S-4, which was situated to the south of another Us Air Force base called Homey Airport.

He claimed that the USAF was trying to figure out and use alien technology at the base in the Nevada desert.

Then, as soon as he’d piped up, he was gone. Lazar said nothing more about the subject until recently when a filmmaker released a film about his claims.

Jeremy Corbell’s film Bob Lazar: Area 51 and Flying Saucers delved into the case of Lazar and his claims about alien technology, but unfortunately for Lazar, they may have re-opened the can of worms that he’d tried to shut all of those years ago.

That, he claims, led the FBI to raid his house.

According to Lazar: “The conveyer belt of vehicles and agents and police did not stop.

“They came in and said, ‘there will be a few others coming in, we’ve just got a few questions to ask you’.

“But then the street and building were filled with agents.

“They said they were looking for some paperwork from two years ago about a customer who ordered some toxic material.

“They could have just called – it was very over the top.”

Yeah, it does sound a little bit over the top, but then again, they are the FBI. Also, you’d imagine that they’d take the theft of alien technology pretty seriously. Has he never seen E.T.?

So, Mr Lazar claims that the government are actually after something called ‘Element 115’. What that is in reality is unclear, but Lazar has said in the past that it is used to power alien spaceships.

Since the 1990s, Lazar has – probably wisely – refused to discuss the speculation about him sneaking out some of the mysterious stuff.

He reckons that after the film came out, the FBI became worried about whether he had anything from his time at the secret facility.

The film came out recently, so they might have remembered that Lazar was still there.

Of his film, Corbell said: “My film gives you an understanding of the real Bob Lazar, which will make it harder to throw away his claims.

“The more you get to know Bob Lazar, the more you have to face the uncomfortable possibility that he’s telling you the truth.

“You look at the evidence, you watch my film and you decide for yourself.” 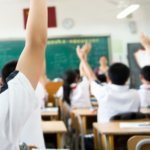