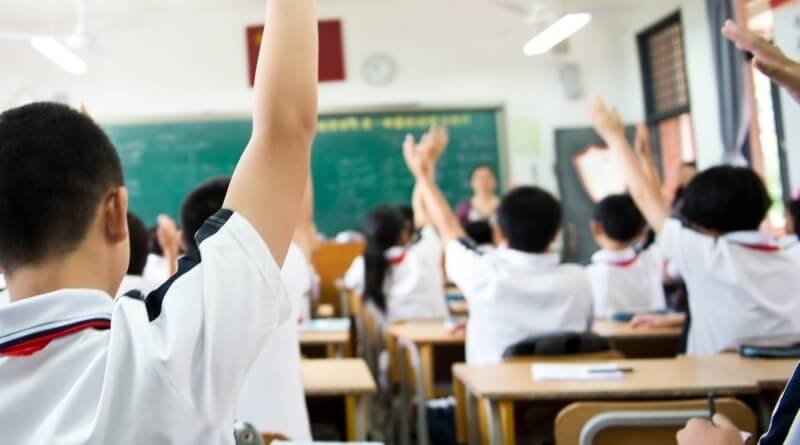 In this case, the drama comes from the fact that the child is only 4 years old, and she has never dyed her hair before, where the teacher does not believe the parent and demanded that the 4-year-old must dye her hair black. The mother asked the online world through Pantip.com where she stated that her child is 4 years old and is currently studying in Kindergarten 2 at a public school. One day, the little girl’s teacher informed the mother that the child must dye her hair black because brown hair is against the school’s dress code.

The mother responded to the teacher that her child naturally has brown hair, what parent in their right mind would let their 4-year-old dye their hair with harsh chemicals. The teacher then answered the mother that it is impossible for the little girl to have brown hair, as she is 100% Thai and the school insists that her hair must be black to follow the dress code.

The parent also stated that the school has also shown signs of being sexist. Where the school should not force such beliefs of prejudice and discrimination to such a young child. What happened is one day the mother told her transgender sister to pick her child up from school. When the child came home, she asked her mother to not let her sister come pick her up from school again as the teacher bullied her about having a gay aunt.

The mother wants to know other opinions on whether she should move her child to another school or keep her child in this school but take action against the teacher because she still believes that public schools have a better education system than private schools.

The mother later met up with the principle of the school, where the principle stated that her daughter doesn’t have to dye her hair black as he believes that the child’s natural hair color is brown. The teacher refuses that she was sexist and that she never commented about the transgender sister to the child, the teacher then asked the parent “If your child grows up and becomes a lesbian, will you be ok with that?”. The meeting helped answer the question clearly, the parent will be moving her child into a private school.

The question is still receiving answers from the online society on Pantip.com, most users cannot believe a person with such a negative view on the world can become a teacher, users are also giving kind encouragement and support to the parent.