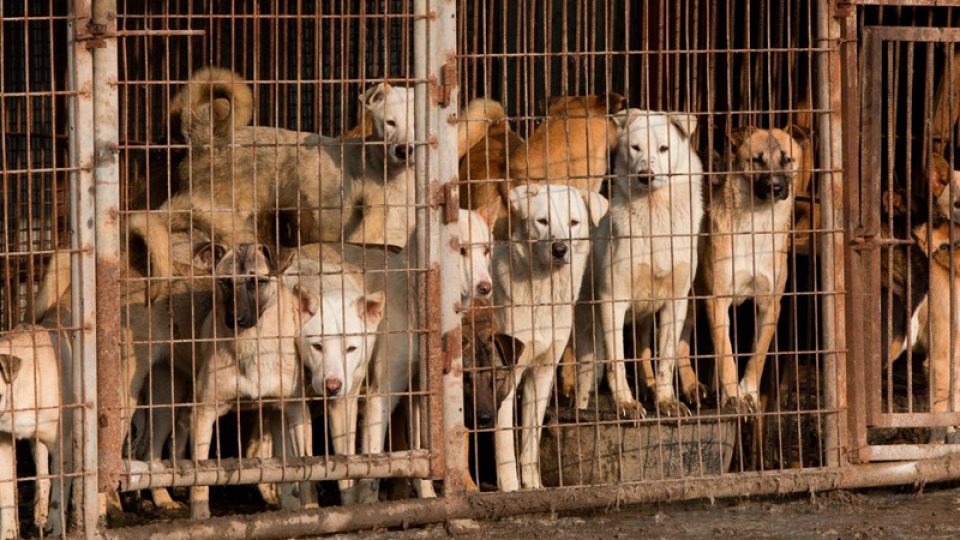 As South Korea moves closer to banning dog meat, diners tuck into bowls of stewed canine in southern China, where activists are rethinking their tactics to counter a notorious festival that butchers thousands of dogs.

The annual Yulin dog meat celebration opened without a hitch on Thursday, a day after a South Korean court announced it had ruled that the slaughtering of dogs for meat was illegal.

Activists say the ruling could pave the way for the outlawing of dog meat consumption in South Korea, but there is less progress in China where advocates fear their tactics have been counterproductive.

Eating dog to mark the summer solstice is a tradition in China’s Guangxi region, where the festival has been held since 2009 to mark the occasion in the town of Yulin.

Despite rumours last year that Yulin authorities would ban dog meat sales altogether, many restaurants advertised the controversial offering this week with the veiled moniker of “fragrant meat”.

Carcasses were on display for purchase in the city’s open-air markets — though there were fewer of them than in previous years, locals said.

The Dongkou wet market downtown bustled with shoppers meandering past piles of dogs laid out atop butcher stalls for them to inspect. Others hung from hooks, their faces locked in a rigid grimace.

Market workers pulled in cartfuls of dead dogs while sweaty men blow-torched the fresher carcasses to remove any remaining fur. On the street, a man transported two live mutts in a cage on the back of his scooter.

As police patrolled outside the market premises, one woman bought a full dog for 662 yuan ($102), saying she would eat it with her family to celebrate the summer solstice.

But vendors were more discreet than usual.

They cooked in narrow alleys or inside their restaurants instead of preparing dog dishes in front of patrons, ushering diners inside and not serving outdoors.

Thousands of dogs are butchered during the event, the animal protection organisation Humane Society International estimates — a fraction of the more than 10 million consumed each year in China.

Animal rights activists have typically attended the festival to purchase ill-fated dogs and save them from slaughter, said Qiao Wei, an activist from the Si Chuna Qiming Animal Protection Centre.

But now they feel that working to establish a general ban on the dog meat trade would be much more effective.

“We have no hope that we can bring change just by going to Yulin,” he said. Simply buying dogs “doesn’t help”.

“It would be far better to have a holistic campaign that works collaboratively across the country, engaging the government and public to acknowledge animals as our friends, not food,” said Jill Robinson, founder of the Hong Kong-based Animals Asia Foundation.

Chinese leader Mao Zedong had banned dog ownership for being bourgeois, but the ranks of China’s rising middle-class are now full of proud and loving dog owners.

This year, the foundation set up an online portal where Chinese citizens can report restaurants that operate illegally.

Tipsters have already flagged some 1,300 restaurants in 153 cities, with over 200 of them shut down, forced to stop selling the meat, or issued warnings, said Robinson.

Before the festival, animal protection groups from around the world submitted a letter with 235,000 signatures to Beijing, calling for the event’s abolishment.

The tide appears to be turning against dog meat consumption elsewhere in Asia, and Chinese animal lovers like Zhang Huahua, a 62-year-old retired lecturer-turned-activist, sense change is in the air.

Zhang came to Yulin all the way from her home in the southern province of Guangdong to submit a letter with recommendations to the local government.

Her hope is to save dog lives by changing the system itself.

In South Korea, where one million dogs are believed to be eaten annually, a court ruled that meat consumption was not legitimate grounds for killing canines, after an animal rights group accused a dog farm operator of slaughtering dogs “without proper reasons” and violating building and hygiene regulations.

Last April, Taiwan banned the consumption, purchase and possession of both dog and cat meat, with offenders facing a fine of up to Tw$250,000 ($8,170).

But many in Yulin viewed the news with a shrug.

“They can do what they want,” said a resident surnamed Huang, who nonetheless wasn’t fond of the taste of dog himself. 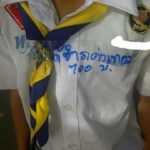