Home » When foreigners think of Thailand they think of sex, say Thais

A poll about attitudes towards prostitution has clearly indicated that Thais believe foreigners think of sex when they think about Thailand.

A whopping 58% of Thais asked in the Bansomdej poll said that foreigners see Thailand as a leading sex destination of the world. Some 29% said they didn’t know and about 13% were not sure.

The poll asked 1,158 Thai people in Bangkok their opinions and came in the wake of comments in foreign media about places like Pattaya and the sex scandal developing in Mae Hong Sorn.

The survey showed that people believed that the sex trade was shifting from traditional places to the internet with more than 61% saying they had seen evidence of the Thai sex trade online.

Nearly 53% believed it was time to invoke the powers of Article 44 to curb the trade.

Just under 50% said that Thailand was not fully ready to legalize the sex trade though nearly 34% said that it should be legalized.

Daily News said that statutes forbidding the trade exist but that it is in reality allowed to flourish.

More than half of the people polled, 53%, said that they were aware of prostitution in Thailand in some way. In public the majority of those still see prostitutes touting for business in the capital at places like Lumpini Park or Wong Wian Yai in Thonburi.

Others see the trade at cafes and karaoke, or know of it in massage establishments of both the soapy and traditional kind or through the internet.

Some 61% of people online saw evidence of the Thai sex trade there.

Asked why people turn to the sex trade 30% said it was economic hardship, 25% thought people were tricked or forced into it, 21% said poverty in families was to blame while nearly 12% pointed to greed and consumerism.

The results of the poll taken between April 26-28th were announced on Saturday. 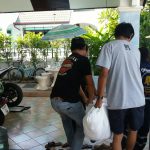 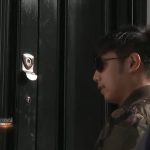