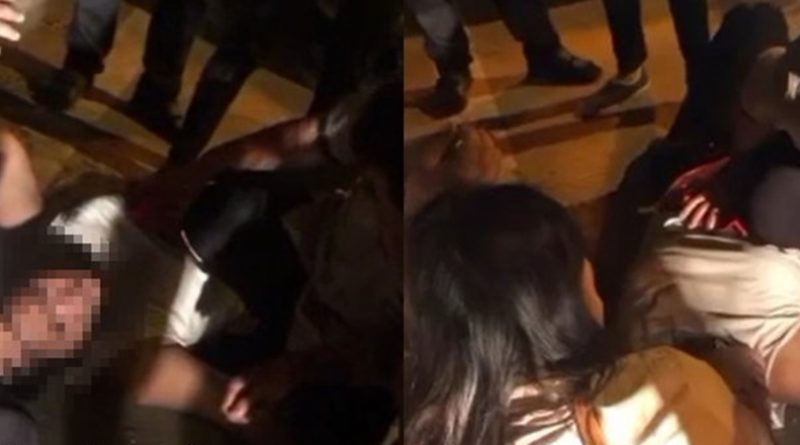 A girl has been found in Nonthaburi attacking random villagers biting into their skin. Good civilians helped catch the girl. A group of food delivery drivers captured a video of the girl in Pak Kret District, Nonthaburi Province on 27 October 2020. The drivers were resting in the area when they saw the girl acting out. The emergency line was called after attempting to calm her down but the plan failed. Officials arrived and delivered her to the Pak Kret Police Station. After meeting with police at the station she seemed to calm down a bit but was still not acting normal. The girl mentioned to those around her about spirits, the good citizens decided it was best for her to be with the police.

Nattawut 20-year-old stated he just finished playing sports with some friends when he walked past the girl. There was a big crowd formed around her screaming. The girl seemed like she was haunted, whatever was said to her didn’t get an answer. She seemed like a zombie, there was nothing left inside her eyes. Nattawut revealed there was a strong alcoholic smell coming from her. The girl was attacking people in the crowd, attempting to bite them. Police and the emergency medical line were notified of the girl acting out.

The group tried to calm her down but nothing worked and she continued trying to bite them. Then the ambulance arrived and she seemed to calm down a bit. The girl noticed that there were officials near her, this worked and she stopped acting out for a while. 4 food delivery drivers and 2 police officers helped secure the girl before placing her in a police vehicle. When she realized it was a police car the girl started acting out again, kicking inside the car attempting to jump out multiple times. Nattawut sat inside with the girl, she tried to repeatedly bite him. Once they arrived at the station officials placed her in a temporary cell. The girl had friends with her but none offered to come with her to the station. 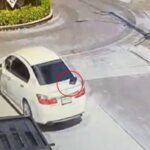 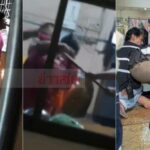