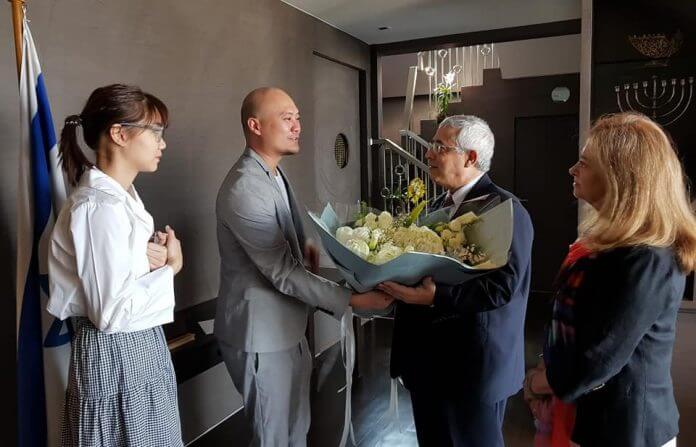 The agreement came a day after Pichayapa “Namsai” Natha, 19, gave a tearful apology on stage for wearing a Nazi-themed jersey at a recent concert rehearsal, prompting criticism.

Pichayapa and a band representative met today with Israeli Ambassador Meir Shlomo to apologize in person, according to the embassy’s deputy chief of mission.

“The meeting was held today in the Ambassador’s residence, during which they discussed the importance of history in general, and the awareness to the Holocaust and Antisemitism in particular,” Smadar Shapira said in a series of tweets announcing the development. She posted photos of Pichayapa and band manager Nattapol Bawornwatana meeting with the ambassador.

“At the request of the Ambassador, the band members have agreed to hold in the future an educational activity, together with the Embassy of Israel in Thailand,” she wrote in another tweet, adding that the band’s CEO “proposed that the Band members themselves will participate in an Educational workshop on the Holocaust in order to emphasize their commitment to this important subject.”

On Saturday, the embassy joined public outrage to express “shock and dismay” at the photos of Pichayapa performing on stage wearing the Nazi flag two days before an international day recognizing the millions killed by the Third Reich. German Ambassador Georg Schmidt also joined Israel in condemning the costume.

Later that night, Pichayapa asked for forgiveness on stage before an audience of thousands at a concert held at Impact Muang Thong Thani. She said she would “not let it happen again.”

Shapira said Shlomo was pleased with the result of the meeting.

“I understand that it was an act arising from lack of knowledge and lack of awareness, and I’m pleased that they have [apologized] and agreed to hold together an educational activity in the future,” she quoted him in a tweet.

Thai youth are often criticized for appropriating Nazi imagery. Most, including Pichayapa, have said afterward they were unaware of what it meant.

Rescuers recover body of Spanish boy who fell down well 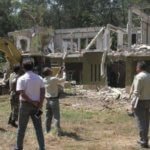