At around 12:30pm on August 20th, Pattaya’s emergency services were called to a local fishing lake, where a man had been found dead.

Police were quickly onto the scene where they found to body of a Burmese male, though to be aged around 35 year old. 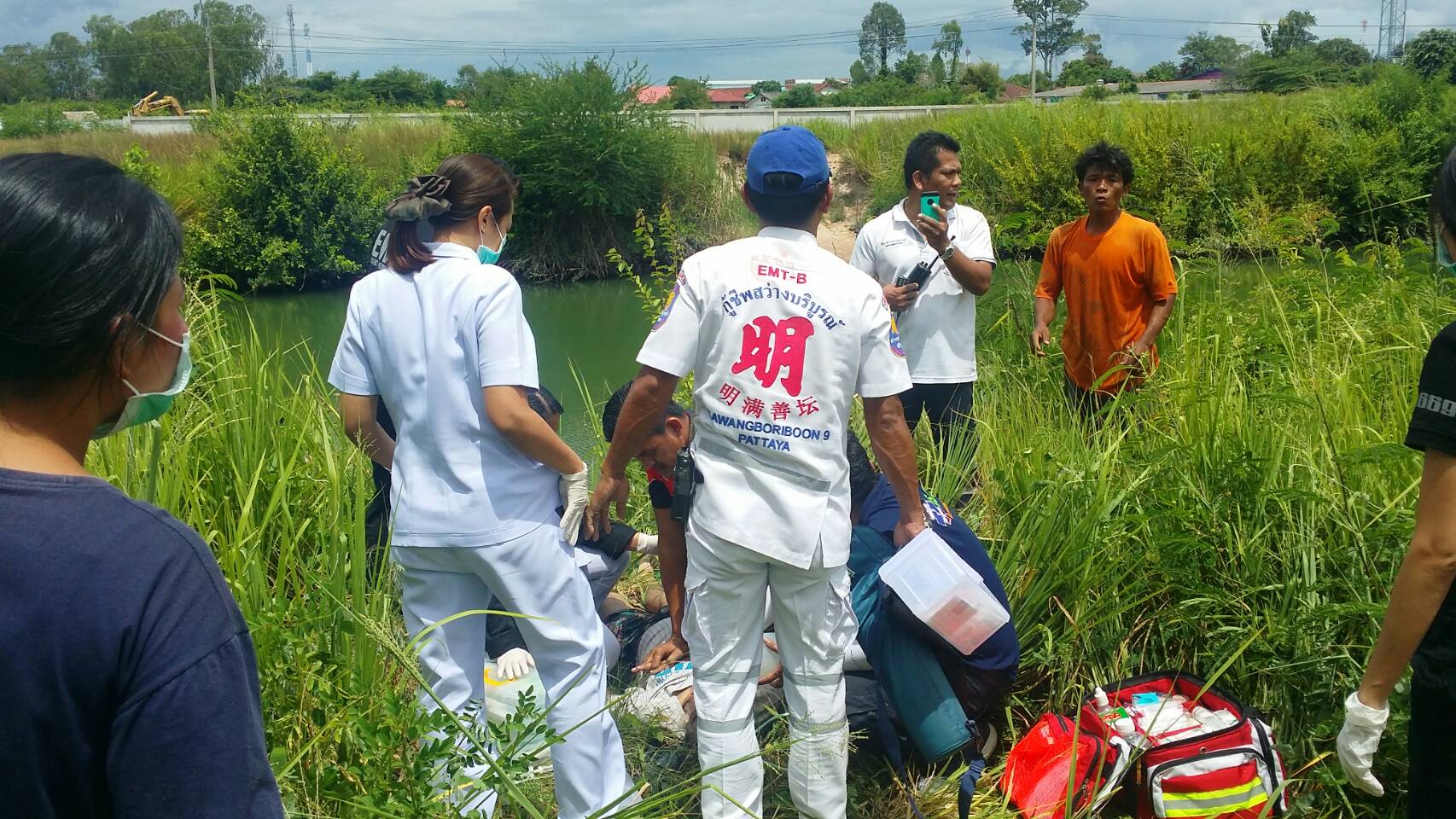 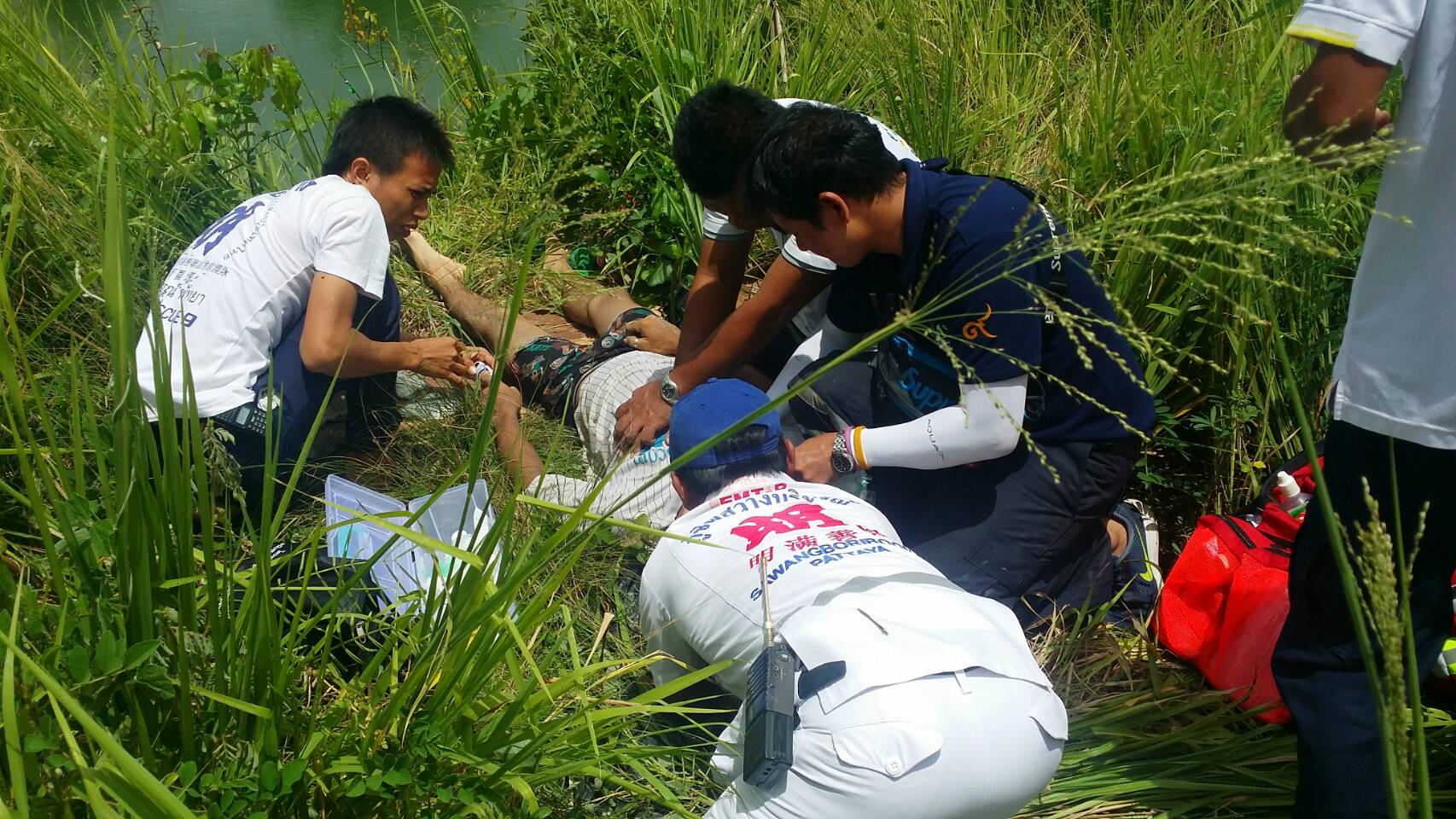 The man was still alive, but only just and was in a critical condition. Emergency CPR was carried out at the scene before rushing the body to a nearest hospital. Sadly the victim didn’t make it and passed away in the ambulance.

Also at the scene was the victim’s friend, who had called the police in the first place.

He told police that they had been fishing in the lake, but the friend left the victim alone to go run some errands and do a bit of shopping. He wasn’t gone for too long, but when he came back he saw the body of his friend upside down in the water.

He rushed into the water and managed to drag the victim to dry land. He proceeded with CPR himself, but to no use, at which point he called for emergency assistance.

No marking were found on the body which may have indicated some sort of struggle.

The lake itself is estimated to be roughly 50 metres wide and 70 metres long and is a popular spot for locals to go fishing.

Police took the witness statement from the victim’s friend as well as photo’s and other bit of evidence. They will be looking into the case over the next few days before decided whether to take it any further.

As it stands now, they are treating the death as “not suspicious”

2 women left with serious injuries after smash with pick-up