Home » British chef jailed in Dubai allowed outside for 40 minutes 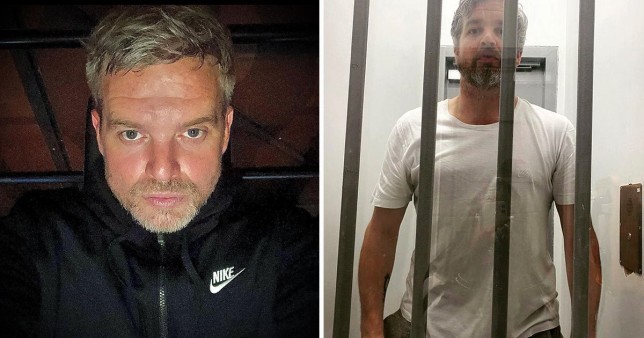 A British chef who spent last Christmas in a Dubai jail is looking forward to spending the festive season with his children after 19 months of hell.

Luke Tully, 43, is adjusting to life back in the UK having finally been freed from prison when the drug case against him and two friends collapsed in August.

The restauranteur endured more than a year in crowded cells during the pandemic because police misinterpreted a text he’d been sent asking for a table booking.

He’s decided to speak out after high profile similar cases, including that of former footballer Billy Hood, and has warned others to be aware that the glamourous UAE lifestyle can turn sour very quickly.

Speaking to Metro.co.uk from his parents’ house in Bishop’s Stortford, Hertfordshire, the father-of-four described the moment he was arrested on a Sunday evening in February 2020.

‘I’m an Arsenal fan and I was getting ready to watch the game against Newcastle that evening, it was about 7pm and I’m just finishing up when the door gets kicked in.

‘There were about 12 plain clothed police. They didn’t produce a search warrant, they kicked off the door, grabbed me. I’m like “what the f**ks going on?”’

‘They’re shouting “where’s the 10 grams of cocaine? We know you’ve bought cocaine.” They’ve grabbed me, put my hands behind me back, handcuffed me, undone my shirt and started punching me in the stomach. This is in front of my girlfriend, my mate.

‘They’re threatening to throw me off the balcony. I said “I can’t help you. I can’t produce something I ain’t got”.’

Luke had been in the UAE for two and a half years by this point and had never been had any trouble with the infamous local police force.

He said officers searched his house for up to two hours and didn’t find anything to link him to any crime.

Nonetheless they bundled him and two friends who were staying with him into the back of a car and drove off, leaving Luke with no idea where they were going.

The three were put in a small cell with about ten people in overnight and made to do a urine test.

‘They put us into another cell, a bigger one, with around 30 people lying on the floor’, Luke said. ‘There’s a hole in the ground for the toilet and warm water coming out the sink, blankets on the floor. Plain bread to eat.’

Luke claims he was taken to be interviewed and detectives urged him to ‘just admit it’. He says he was threatened with electrocution and given a statement to sign in Arabic – a language he doesn’t speak.

After refusing to sign the document – or admit to the alleged offences – Luke then says he was beaten by one officer, who used his flip flop to hit him over the head.

He said: ‘He picked up this metal thing and he’s resting it on my head. He says “do you want me to crack your head open with this?”.’

Despite the traumatic experience, Luke remained confident that he’d soon be freed and the whole thing would be put down to a misunderstanding.

After being returned to the cells, he saw a man he knew as ‘Pedro’, an old acquaintance from the Dubai nightlife scene.

Speaking with him, Luke began to realise how much trouble he was really in – and why.

‘They had caught him with two grams of cocaine,’ he said. ‘They took him to his place, beat him up and his girlfriend. Said they were going to give him 25 years and demanded names.

‘They went through his phone and saw messages from November time between me and him. We’re talking and he’s said he wants a table for 10 people.

‘They said “is this code for drugs” and Pedro said “yes”.

‘He broke down to me, said he just wanted to get out of there, they said they’d let his girlfriend go. So he’s basically tried to get himself out of it by lying about somebody else and that’s why police have come to me.’

Armed with this new information, he confronted the officers about their lack of evidence – asking them ‘If someone has a problem with somebody else, they could get them locked up without any evidence just by saying they did something?’

His refusal to admit the offences meant he was moved on from station to station, spending nights in different cells.

He says the British embassy were little help during this period and a lawyer he had hired at great expense was close to useless.

For the first two weeks he wasn’t given a phone call so his girlfriend, work and family had no idea where he was.

He finally got to speak with them when he was moved to al-Barsha detention centre, where suspects are held while awaiting trial.

It was here – while he was being held in a room with 60 bunkbeds and more inmates sleeping on the floor – that coronavirus hit.

‘No one knew what was going one. We’re all hearing from the outside that it’s lockdown, Marshall law, Italy’s really bad, England’s really bad, there’s people dying. Then someone got corona in one of the other cells and they died. The police are not coming in or they are in these space suits.

‘They closed the canteen where we ate and started just leaving food outside. There were about 50/60 people on the floor as there weren’t enough beds.

‘This is during the pandemic when we are meant to be socially distancing.

‘The conditions were next level disgusting. There’s rapists, terrorists, people of all nationalities.

The pandemic slowed the whole trial process down while Luke said it was postponed several times when police didn’t turn up to give evidence.

He claims his lawyer told him his drug test came back negative but he was charged with using drugs anyway and he was given a two year sentence.

A separate charge of money laundering was dropped when the police unsuccessfully took it to the supreme court but they continued to try to pursue dealing charges, which could have led to a 27 year sentence.

The group were then moved to Dubai central prison, where Luke claims he only spent a total of 40 minutes outside in the whole seven months he was there.

Legal proceedings continued to drag on as they approached the end of their official sentence.

It was only when they were moved again to Abu Dhabi that they could finally see a light at the end of the tunnel.

He said: ‘The prison there was a lot worse – filthy, cockroaches, it was a much older building  – but the guards were friendlier.

‘They said “we don’t care what’s going on in Dubai. Our prisons are overcrowded. As far as we’re concerned you’ve done your sentence. Do you want to go home?” I could have cried.’

Despite returning to the UK, Luke says the UAE authorities are still pursuing their case and he’s even heard from his old cellmates that their names were called for court, despite them being thousands of miles away.

Although the case is still hanging over him, Luke is now attempting to rebuild his life. He looked at starting a new restaurant in Bishop Stortford but has decided he prefers the sun and is looking at opening a smokehouse in Casablanca, Morocco.

What he does know is that he’ll never return to the Middle East as he’s sure he’d be instantly arrested again.

He’s been in contact with the family of Billy Hood, who are awaiting the results of an appeal, and many of those he knew in prison who are still there – most of whom are facing decades more behind bars.

‘It breaks my heart to think about all the people I knew who are still there,’ he said. ‘People who are good friends of mine, you become close to certain people – you build up a strong rapport because it is not easy in there.

‘You’ve got to become strong immediately to survive it. Not just physical but mental. I’ve seen people – big tough men – whose eyes are vacant. They’ve got no hope, no emotion left in them.

‘To the day I got out, not until I was on the plane and up in the air – I didn’t feel safe. You get so many setbacks. It was constant pressure. It’s just beautiful to be back, seeing my kids, cuddling them.’ 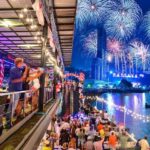 Bangkok bars and nightclubs to stay closed until January 15