Home » Bangkok bars and nightclubs to stay closed until January 15 Bangkok officials revised its provincial closure order and extended the date the order is in effect to January 15, requiring bars and entertainment venues to remain shut for at least the next two weeks, which is in line with government’s nationwide closure order.

Approved New Year countdown events still can continue under the “Covid-19 Free Setting” measures, which require proof of vaccination or an ATK test result at the door for large events. Some bars in Bangkok, like on Khao San Road, have opened under the same measures.

Officials from the Centre for Covid-19 Situation Administration will meet next month and will decide on whether to allow nightlife venues to reopen after being shut for months due to the Covid-19 pandemic.

The Bangkok governor together with the committee of the Department of Disease and Control announced that they pushed the opening date for bars and nightclubs in the capital from January 1 to January 15 to control the spread of Covid-19. 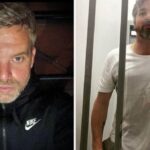 British chef jailed in Dubai allowed outside for 40 minutes