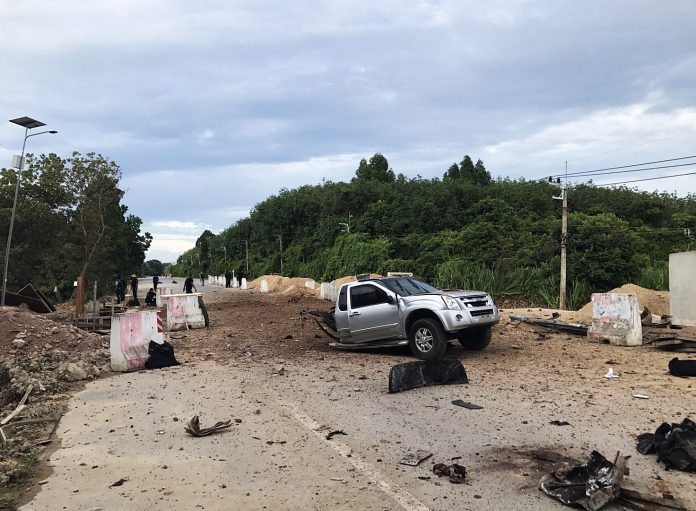 Four Rangers were killed during a patrol on Friday morning when a bomb exploded in Pattani Road.

A pickup truck carrying nine rangers was on Highway 41 in Pattani’s Sai Buri district when the homemade bomb planted under the road exploded. The powerful explosion blew the truck in two, killing four men were riding in the back. Five other men were injured as well as one female civilian who was near the scene. The slain rangers are Suwit Boonchu, Pathomporn Kongsai, Nattapol Rangsimantuchat and Pitakkomsit Sakwisetsom, according to Lt. Col. Sitthichai Poolsawat of Sai Buri Police.  Source: Khaosod