Home » Bike smashes into back of parked truck leaving 1 fatality 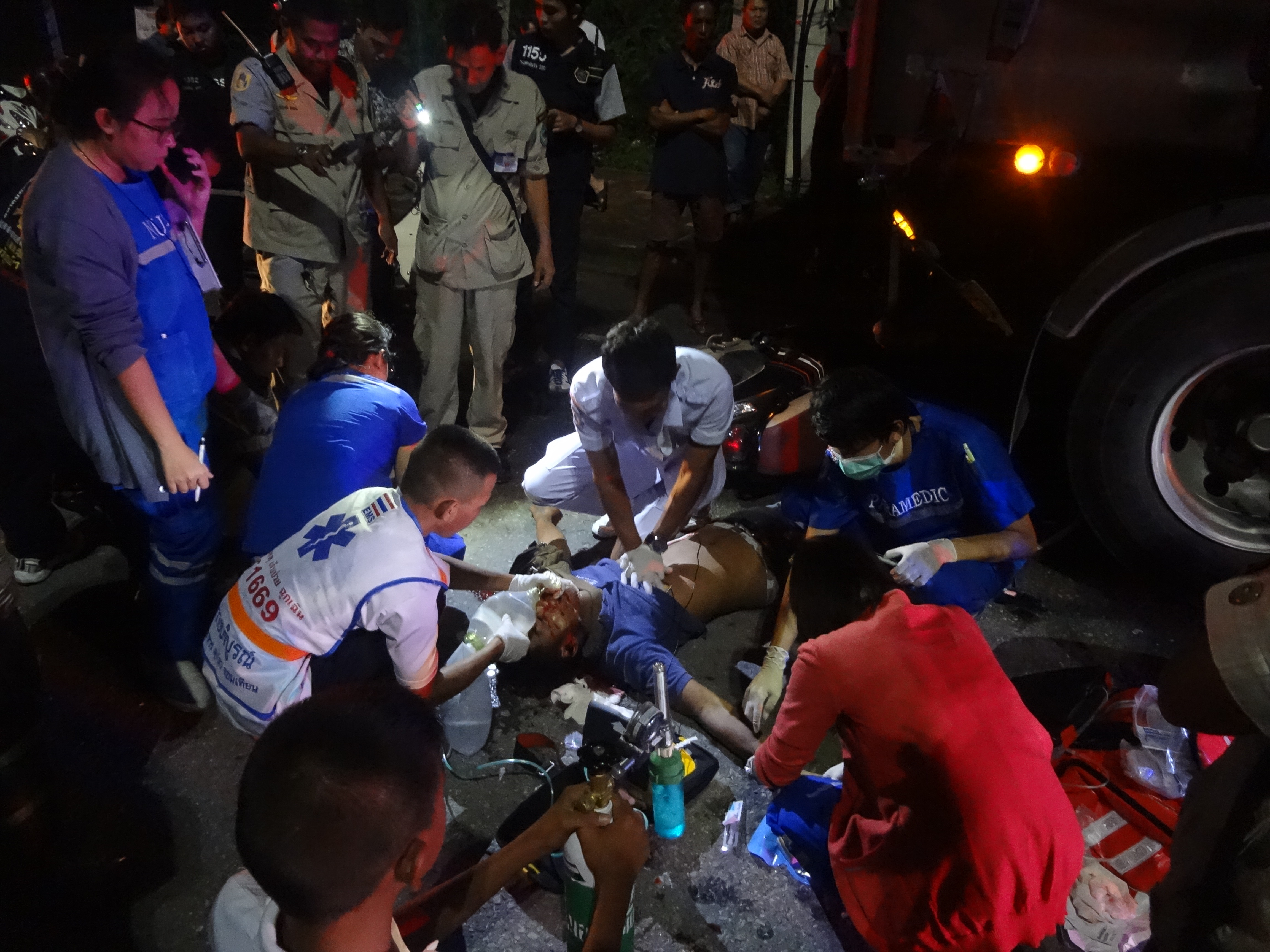 At around 11:30 on May 17th, Pattaya police and emergency services were called to the scene of a fatality after another road accident involving a motorbike.

The incident took place on the busy Sukhumvit road heading towards Bangkok, close to the big Makro. 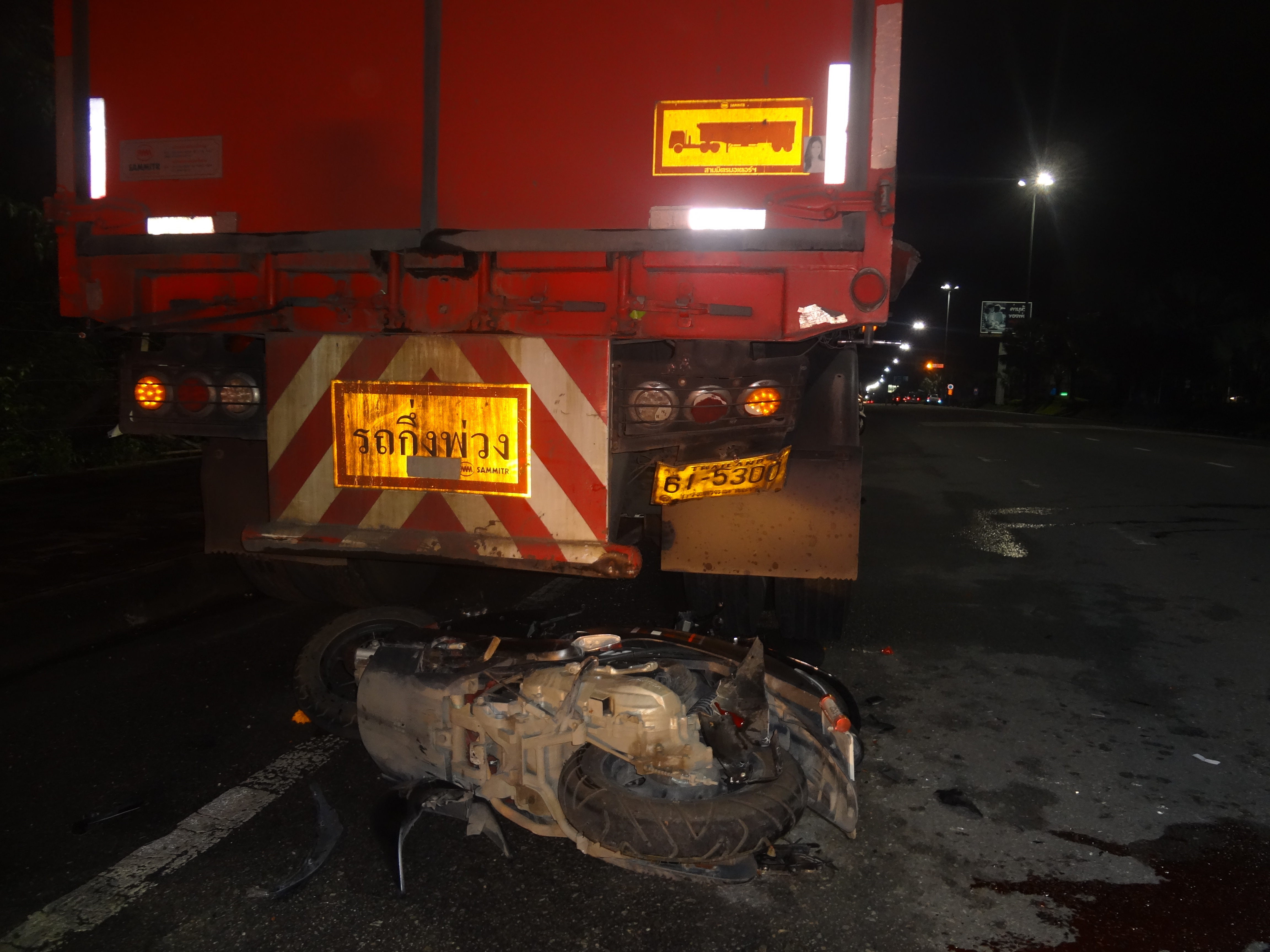 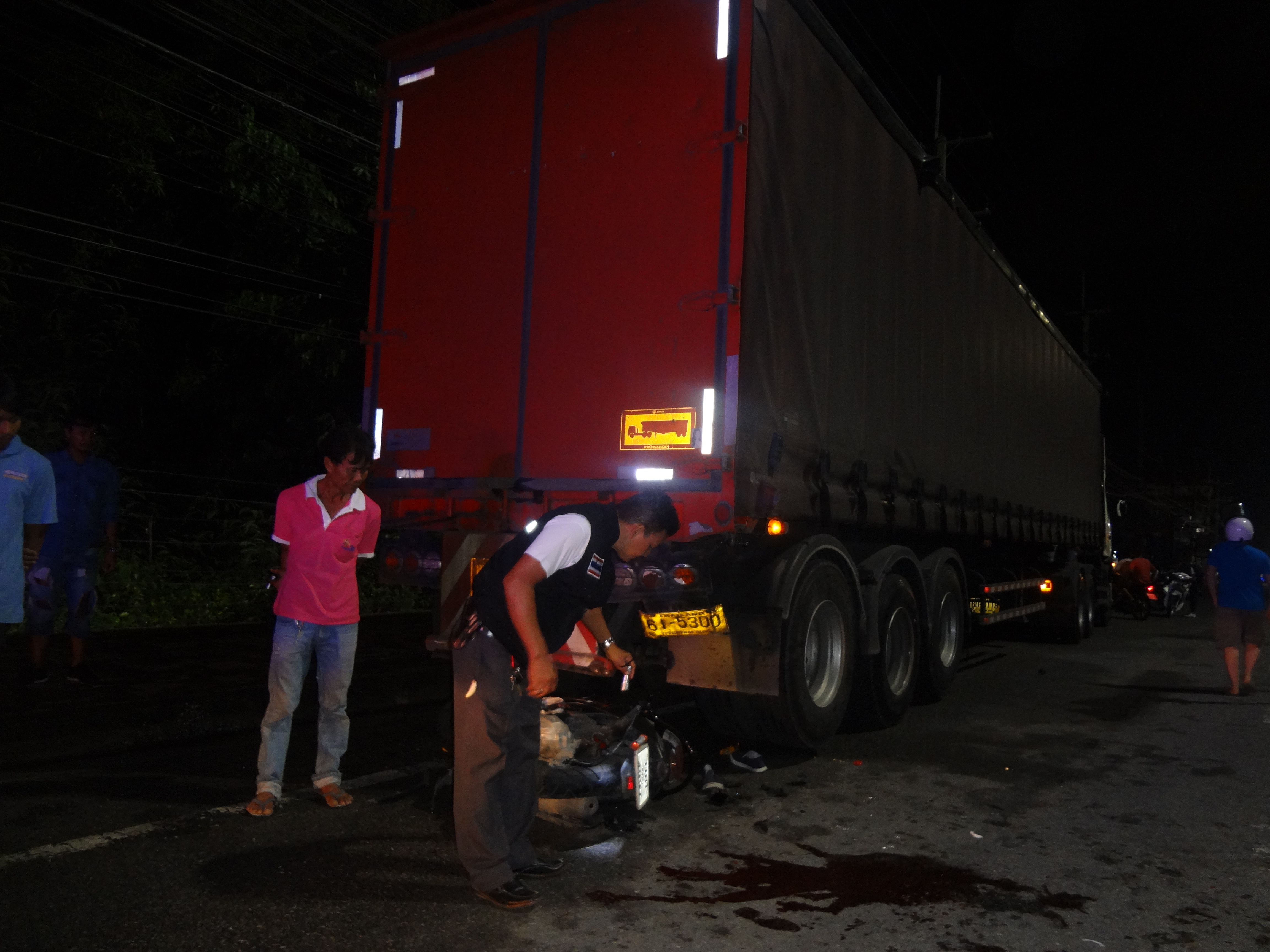 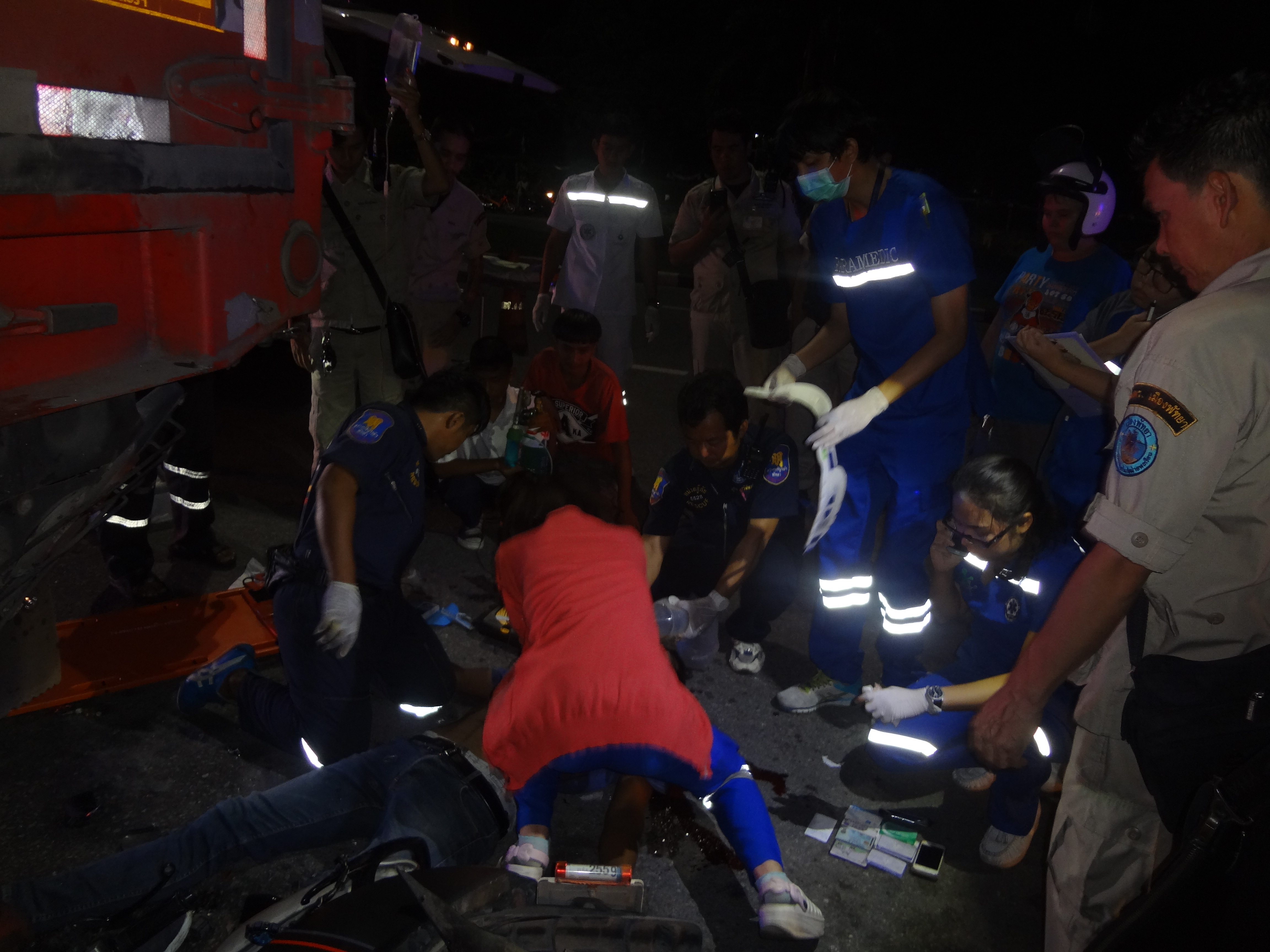 Arriving at the scene, medics found the body of a 26 year old Thai man laid out in the road. His body had many injuries and had already lost a lot of blood. He was struggling to breath and medics needed to perform emergency CPR just to keep him alive. They patched up the major cuts and took the body to the nearest local hospital.

Unfortunately, after a short time of further treatment, the injuries sustained proved to be too much for the body to handle and the victim passed away.

Police at the scene interviewed the 56 year old driver of the 18 wheeler truck. He told them that he had parked up on the side of the road and was carrying out routine checks on his vehicle before setting off back to Bangkok to finish his shift.

Half way through the checks he heard a loud bang. He made his way round to the back of the vehicle, to find that a bike had crashed into the back of his. He checked the victim’s body and immediately called for assistance.

No charges have been made. 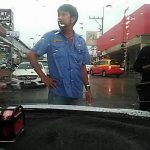 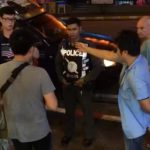