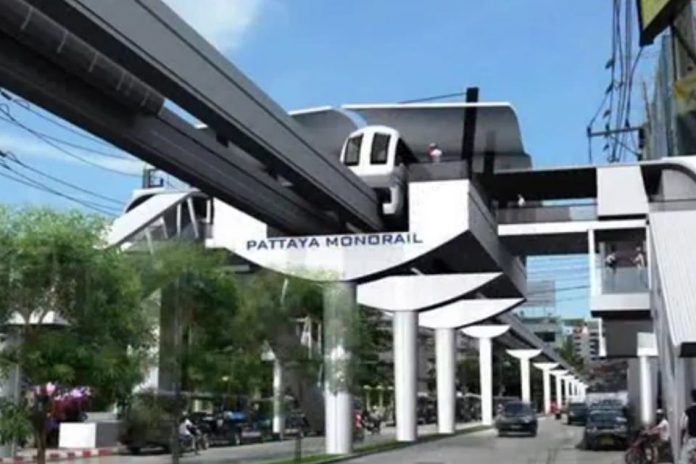 On June 11th, 2019, city officials met in the early afternoon at City Hall to discuss plans for a light railway or monorail/tram project for Pattaya.

Deputy Mayor Ronnakit Ekkasing stated to the Pattaya news and other gathered press that the current plan is to have a state of the art transportation system in place to meet the high-speed train planned for the upcoming Bangkok Airports to Pattaya route.

Mr. Ekkasing stated that this would reduce pollution and traffic problems that the city is currently struggling with.

He stated two separate companies are currently developing plans and putting forward proposals that are expected to be completed by early next month, July 2019.

He did not name the specific companies when asked by The Pattaya news.

Mr. Ekkasing did, however, state that the budget for this project could be as much as 70 billion baht.

Mr. Ekkasing and city officials also displayed several pictures and concept artwork, as seen above, that show what this could look like for the city.

Thai social media users were mostly negative about the idea and said that there were other more pressing matters to resolve, such as the waste management and water management issues the city struggles from currently, before undertaking such an ambitious project.