The video starts innocuously enough. A woman takes her seat on a bus. A beat later, a hand creeps out from behind toward her breast, again and again.

The video filmed by a passenger and posted on a popular Facebook group by someone claiming to be her boyfriend has drawn widespread attention and displeasure. The incident comes a week after a survey found one-third of respondents experienced sexual harassment on public transportation.

“Bus No. 8. My girlfriend was on the way to buy something but she was groped by a psycho,” Apinop Kom Bootdeemee wrote. “She was groped several times before she realized what was happening and filmed this clip.” The woman, who was not named in the post, filmed the hand reaching for her for about a minute before turning to the man and confronting him.

“Why did you put your hand there? Why did you touch me? Are you a psycho?” the woman asked. The man replied he was merely holding onto the seat.

A woman wrote in the thread that she also experienced something similar on the same bus route. “I turned around and found this bastard, He was groping me, his body was very close to the seat,” user Orange Orangezm wrote. “Out of fright I shouted and scolded him. He said he didn’t do anything. He said I misunderstood.”  Source: Khaosod 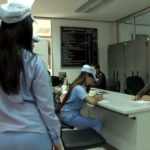