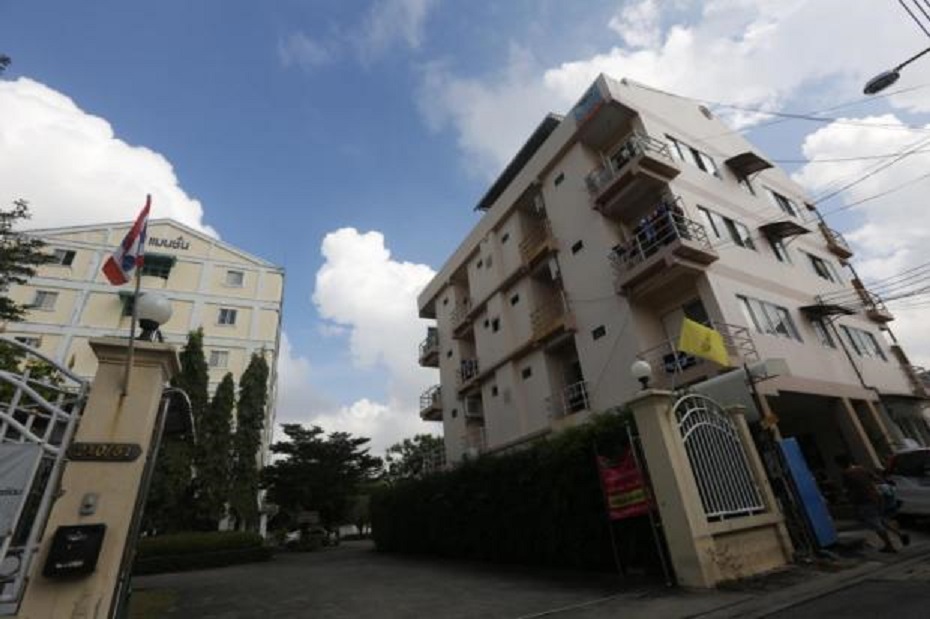 Illegal university dormitories, which allow male and female students to cohabit, have become rampant after a controversial act was passed two years ago.

The law, which replaced a 1954 act, stated students under 25 must register with the Bangkok Metropolitan Administration (BMA) — those aged over 25 are forbidden from renting a room, which has spurred the growth of illegal dormitories.
Legitimate dormitory operators say their businesses have suffered since the law was implemented. In a bid to solve the problem, operators early this week went to the Office of the Ombudsman and filed a petition demanding the law be revised.
They also sent a letter to the Bangkok governor. According to the 2015 Dormitory Act, the BMA serves as registrar of dormitory businesses. The BMA is required by law to inspect the safety and legal compliance of these businesses, as well as crack down on illegal dormitories. But the BMA, according to dormitory operators, spends its time checking on legal dormitories and turns a blind eye to the proliferation of illegal ones.
The letters dormitory operators wrote to the Office of the Ombudsman and Bangkok governor were dated Nov 9.
In trying to revise the law, dormitory operators received help from the faculty of law at Thammasat University. The university opened a law clinic in which law students provided legal advice to the public. The project was under the control of assistant professor Prinya Thaewanarumitkul, who is also vice-president for management and sustainability at Thammasat University. Mr Prinya believes the 2015 Dormitory Act is impractical. The law requires private dormitories to register university student aged under 25 with the BMA. It also stipulated that dormitory operators cannot rent rooms to anyone older than 25.
Operators said the 1954 Dormitory Act was a better law. Both laws required separate male and female dormitories. But the old law allowed dormitory operators to have more boarders and to rent rooms to people over 25.
Operators also asked the authorities to tackle illegal dormitories. The letter sent to the Bangkok governor asked City Hall to send officials to inspect illegal dormitories that are mushrooming around educational institutions across the city. Illegal dormitories are becoming more popular for students across the country as they allow male and female students to stay in the same building. They tend to be more lax in imposing regulations and provide an attractive environment for modern teenagers’ lifestyles.
Mr Prinya said there is a possibility the law will be revised as its content might flout the 2017 Constitution. The current charter says laws and state regulations must reflect fairness and not cause unnecessary burdens. The public has the right to ask the Constitutional Court for an amendment.
Suchittra Thawisomboon, operator of a dormitory at the University of the Thai Chamber Commerce, said her business declined after the new law was introduced. She opened her dormitory in 1989. The new law, she said, is unrealistic as mature and postgraduate students aged over 25 are also major clients of dormitory businesses. Sometimes, parents of students from the provinces also rent rooms in dormitories when they visit their children in Bangkok. Thianchai Chakaew, suffers the same problem. Before, many clients were postgraduate students at King Mongkut’s Institute of Technology Ladkrabang. “My business cannot survive if I am only allowed to have undergraduates.”
Chalong Kwanginn is vice-chancellor of Huachiew Chalermprakiet University. The private university is much affected by the law as well. Students doing master and doctoral degrees as much as lecturers started complaining when it became harder to find affordable dormitories near the university and some have had to rent apartments which are much more expensive. Thaweesak Lertprapan, a deputy Bangkok governor, said the BMA must improve the law’s enforcement. He admitted the BMA does not inspect illegal dormitories, and that dormitories only came under the BMA’s jurisdiction last year.
Previously, policing them was the responsibility of the Ministry of Social Development and Human Security, he said, adding he would inspect illegal dormitories and bring them under the same law to ensure fairness.  Source: Bangkok Post

Man took a wheel on ‘Sedan crash into 7-eleven