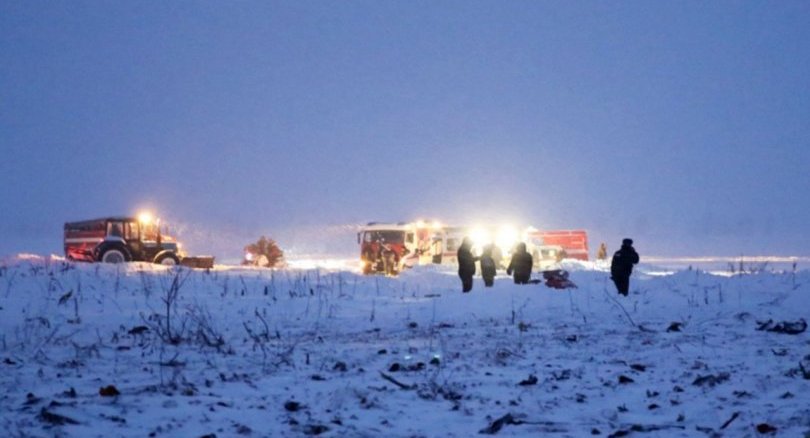 A Russian passenger plane carrying 71 people crashed near Moscow on Sunday minutes after taking off, killing everyone on board in one of the country’s worst ever aviation disasters.

Investigators said the Antonov An-148 plane went down in the Ramensky district on the outskirts of Moscow at 2:48 pm (1128 GMT) after taking off from Domodedovo airport in the capital. “Sixty-five passengers and six crew members were on board, and all of them died,” Russia’s office of transport investigations said in a statement. Three children were among the fatalities on a list published by Russian authorities.

The flight was operated by the domestic Saratov Airlines and was headed for Orsk, a city in the Ural mountains. Russia’s Investigative Committee said numerous possible causes of the crash would be considered, including weather conditions as the country has experienced record snowfall in recent weeks. It will also , consider human error and technical failure, but it did not mention the possibility of terrorism. More than 400 people and 70 vehicles had been deployed to the crash site, the country’s emergency ministry said.

The site was enveloped in heavy snow, making it difficult to access, with emergency workers forced to park their vehicles and reach the wreckage by foot. Others used snowmobiles and drones to survey the scene. Russian transport minister Maksim Sokolov said “genetic expertise” would be needed to help identify the victims, adding that it could “take two or three months”.

‘Shock wave’ – “I felt a shock wave,” Maria, a resident of a village near the crash site, told AFP.

“The windows shook,” she said

The transport investigations office said the plane disappeared from radar screens around four minutes after take-off. A regional official said the aircraft’s black box had been retrieved. The Russian-made plane was reportedly seven years old and bought by Saratov Airlines from another Russian airline a year ago. Saratov was founded in the 1930s and flies to 35 Russian cities. Its hub is Saratov Central Airport in southern Russia.

The governor of the Orenburg region, where the plane was heading, told Russian media that “more than 60 people” on board the plane were from the region. Russian President Vladimir Putin offered “his profound condolences to those who lost their relatives in the crash,” his spokesman Dmitry Peskov said. Putin also cancelled plans to travel to Sochi to meet with Palestinian leader Mahmud Abbas. Instead, the meeting will take place in Moscow.

Andrei Odintsov, the mayor of Orsk, told Russian state television that six psychologists and four ambulances with medics were working with the families in the small airport. Orsk is the second biggest city in the Orenburg region, near Russia’s border with Kazakhstan. A crisis centre was also set up at Domodedovo, Moscow’s second-largest airport in terms of passenger numbers. Russia has suffered numerous plane crashes, with airlines often operating ageing aircraft in dangerous flying conditions.

A light aircraft crashed in November in Russia’s far east, killing six people on board. In December 2016 a military plane carrying Russia’s famed Red Army Choir crashed after taking off from the Black Sea resort of Sochi, killing all 92 people on board. The choir had been due to give a concert to Russian troops operating in Syria.

Pilot error was blamed for that crash. 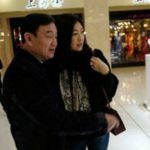 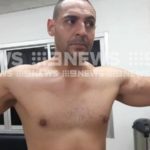