Huge red plumes topped with black and white smoke shot out of the La Cumbre Vieja volcano on Sunday as a river of scorching lava swallowed 20 houses in the village of El Paso.

Around 500 tourists were rescued from a hotel in the coastal resort of Puerto Naos and offered emergency accommodation in an old barracks in Santa Cruz.

Mayor Sergio Rodriguez said the molten rock was now spreading through the village of Los Llanos de Aridane “where hundreds of houses are at risk”.

“The lava left absolutely nothing in its path”, Rodriguez told TVE.

The lava is racing towards the Atlantic Ocean in two streams at 700 metres per hour and has a temperature of 1,000C, the Canary Island’s Volcanology Institute said.

Terrifying footage revealed the moment a river of orange-topped volcanic rock swept into the garden of a house as firefighters made a desperate bid to stop the lava.

The dramatic video showed the lava bursting through the ground-floor windows of the house as the river of molten rock smashed its way into the dining room.

The luxury home was one of 20 properties engulfed in the village of El Paso by the endless flow of volcanic rock spewing from the volcano overnight.

Another video showed a stream of magma swallowing a house as it disappeared under a plume of black and white smoke.

A local who filmed the destruction said: “The lava’s heading in the direction of those homes and is going to eat them up. All the properties in the area below this road the lava is crossing at the moment are going to disappear.”

Spanish news agency Europa Press said around 100 houses have been destroyed throughout the area.

Experts said the eruption could last for weeks or even months.

But no further evacuations are likely to be needed as the lava sweeps towards the sea and away from the towns and villages, Torres said.

“The lava is moving towards the coast and the damage will be material,” the regional president said.

The British government has issued a warning to holidaymakers planning to travel to and from the luxury holiday destination after the volcano started rumbling and showing signs of activity last week.

The UK government said last night: “On Sunday 19 September 2021, at approximately 15.15 local time, there was a volcanic eruption on the Spanish Canary Island of La Palma.

“The immediate area of Cabeza de Vaca, El Paso has been evacuated.

“If you are in an affected area you should follow the advice of local authorities, including social media updates from Cabildo de La Palma.

“If you are planning to travel to the island imminently you are encouraged to contact your tour operators and airlines.”

An evacuation plan was launched on Sunday after the eruption and emergency services urged people remain calm, keep their doors and windows closed and keep key documents on them.

People are also encouraged to keep their phone and a battery operated radio on them at all times and those with animals should follow evacuation guidelines.

Spanish Prime Minister Pedro Sanchez cancelled a scheduled trip to New York for the UN General Assembly after the eruption and arrived at the scene late on Sunday evening.

“All services are prepared to act in a coordinated fashion,” Sanchez wrote on Twitter.

Mariano Hernandez, president of La Palma island, has urged people to stay away from the eruption.

“People should not come near the eruption site where the lava is flowing,” Hernandez said.

“We are having serious problems with the evacuation because the roads are jammed with people who are trying to get close enough to see it.”

Canary Islands’ local airline Binter has cancelled four flights to and from the island of La Gomera after the volcanic eruption on the neighbouring island of La Palma sent ash and smoke into the sky.

Cumbre Vieja straddles a ridge in the south of La Palma island and has erupted twice in the 20th century, first in 1949 then again in 1971.

The eruption came after a week of seismic activity that that has seen around a thousand people evacuated from their homes.

A 3.8 magnitude quake was recorded before the eruption as vibrations from the seismic activity were felt on the surface.

Roads were closed due to the explosion and authorities urged the curious not to approach the area.

La Palma has a population of 85,000 and is one of eight islands in Spain’s Canary Islands.

An earthquake swarm is a cluster of quakes in one area during a short period and can indicate an approaching eruption.

Since last Saturday, there have been almost a thousand earthquakes on the islands.

On Tuesday, the Canary Island’s regional government put the island on a yellow alert for eruption.

The last eruption on the Canary Islands occurred underwater off the coast of El Hierro island in 2011 and that lasted five months. 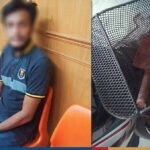 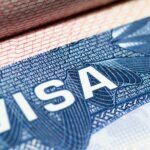