Home » Thai PM lashes out at reporters over Thaksin questions 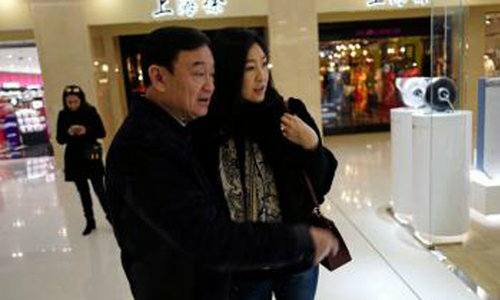 Junta chairman Prayuth Chan-ocha lashed out at reporters Monday for seeking his opinion on reported sightings of the now-fugitive former premier his coup drove from power.

Although Prayuth initially had “no comment” about photos showing influential siblings Yingluck Shinawatra and Yingluck Shinawatra in Beijing, the junta strongman later said the authorities were doing everything to bring the pair to face justice in Thailand and suggested the media should not pay attention to them.

Asked whether the photos might be related to anti-government protests Saturday, Prayuth stormed out of the room without further comment. The protests drew scores of people demanding election to be held in November.

But he later seemed to take a snipe at the former leaders in a speech on his government’s human rights accomplishments.

“Right now Thailand has two people who are making moves overseas, but they end up causing chaos in the country,” Prayuth said, without naming anyone.

The photos surfaced on social media Saturday along with claims that they were taken at a shopping mall in the Chinese capital.

Yingluck, who’s on the run after skipping out before a guilty verdict was handed down for malfeasance, was last spotted in London in late December. Like his sister, Thaksin is in self-imposed exile to avoid a 2008 corruption conviction.

Despite their absence, the two remain hugely popular among their supporters, known as Redshirts.

Government spokesman Sansern Kaewkamnerd told the media the authorities are working to have the two former prime ministers extradited. He didn’t indicate whether the Chinese authorities have been contacted. 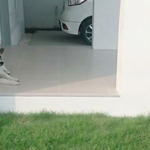 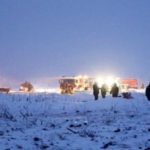