Home » Bangkok air has hit unhealthy levels according to experts 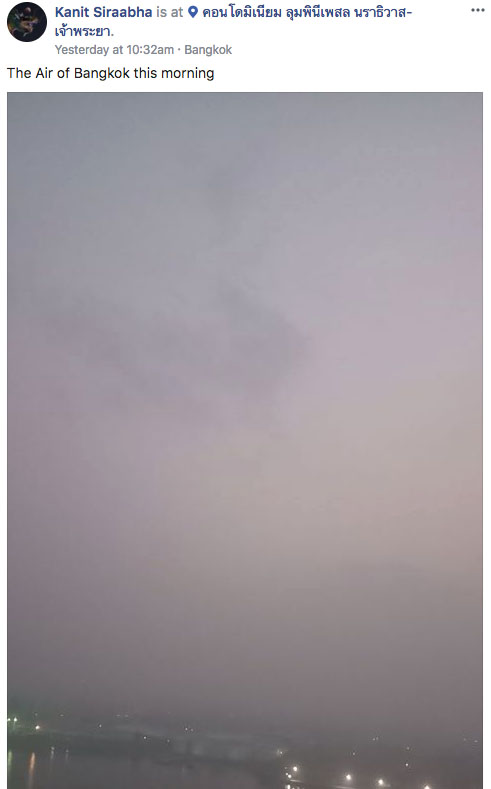 Bangkok air has hit unhealthy levels according to experts

In the past week, the air quality in Bangkok has hit the “unhealthy” levels, according to the Air Pollution Index, and the problem has worsened to the point that smog can be seen with the naked eye in the morning.

The Department of Pollution Control has issued a warning for people to wear face masks or simply “go to the doctor” if they experience abnormalities with their breathing or respiratory system.

So no, you’re not imagining it.

According to the department, the dust in four areas of Bangkok exceeded safe standards today. Those areas were: Wangthonglang district, Thanon Intharaphithak (located near the riverside), Rama IV Road (which stretches across business areas including Silom, Lumpini, and Khlong Toei), and Lat Phrao Road.

Trinuch Kraiwit, a resident of Wangthonglang, told Coconuts, “When I get out of the house in the morning, I can see a thick smog…The sky is gray.”

“I’ve been feeling that my allergy has been triggered. I’ve been having a sore throat — so does my colleague. So I’ve bought face masks just in case I have to work outdoors.”

In a statement, the Department of Pollution Control blamed the temperature drop of 2-4 degrees Celsius and humidity as causes for dust to accumulate in the air.

Prof. Dr. Wanida Jinsart, an expert on environmental science and air pollution from Chulalongkorn University, told Coconuts that the high number of vehicles on Bangkok roads is a main contributor to city smog, and the cool weather caused the problem to become more prominent.

“It’s more noticeable in the winter where inversions normally occur. This means a layer of air is trapped, causing the smog,” she said, explaining that the gray smog we see is mainly composed mainly of dust and steam trapped in the atmosphere.

She explained we can see that the smog disappears around 10am as the temperature becomes higher, which means we can expect the smog to go away when the summer comes.

“We’ll have to follow the weather prediction from the Department of Meteorology, but I think we won’t experience the smog next week.”

She added that the smog can be dangerous to your health if it continues to happen over the long term. For now, we should be okay and can protect ourselves by wearing a face mask. 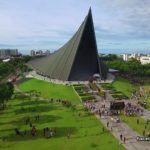 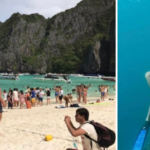 Solutions to be discussed in wake of bloggers “damaging” coral