Home » Artificial Intelligence is your job at risk?

Within five years, experts predict that AI will replace 20% of all jobs, thanks to chatbots like ChatGPT.

A new era of technology is being ushered in by chatbots powered by AI like ChatGPT.
It is equipped to represent a person in court and has the ability to create poetry and take examinations.

But what is ChatGPT—the abbreviation for “generative pre-trained transformer”—and why should some university instructors, singers, scriptwriters, and even journalists be concerned for their jobs?

A chatbot with artificial intelligence is supposed to be able to converse like a human, using vast amounts of data and knowledge to do so, write in the requested style, respond to inquiries, and resolve issues. It answers to requests that you write in.

Dr. Daniel Susskind, an Oxford professor and the author of The Future of the Professions, a book about how AI could affect employment, told the press that “a lot of the creative industries have been caught flat-footed by this.”

While transforming lives, some people worry that this AI and others will dominate the labor market.
According to experts, ChatGPT might replace 20% of the workforce.

The introduction of ChatGPT, an AI chatbot, in late 2017 heralded a new era in AI and generated widespread concerns about how AI will affect the employment market.

Some have suggested that given its capacity for creating screenplays, poems, and tests as well as simulating full chat rooms, it may quickly replace employment in the legal industry as well as those in copywriting and customer service.

Microsoft predicted the technology would transform how people interact with computers while investing $10 billion in ChatGPT.

“I think ChatGPT could replace 20% of the workforce in its current form,” According to Ultima’s Head of Social Engineering Richard DeVere, AI.

ChatGPT is a new technical revolution, not a fad.

“Robots may not necessarily take your jobs, but a human operating a robot will suffice.”

“This is happening and it’s showing no sign of slowing down,” the author writes. “This isn’t just a new fad like Bitcoin, NFTs, or smart contact lenses.”

“Humans won’t be immediately replaced by robots in an overnight process,” DeVere stated. “The first wave will be from less experienced people who are adopting AI technologies to assist with their daily activities.”

the world leaders discussed AI at length at Davos this week

Elon Musk asserts that the ChatGPT artificial intelligence program may enable students to cheat because of its uncannily human-like responses.

Could artificial intelligence (AI) completely abolish the need for homework? Certainly, according to Elon Musk.

In order to automate “human” jobs, a number of businesses are already providing artificial intelligence solutions. One such company is Jounce AI, which guarantees “unlimited free AI copywriting.”

ChatGPT is being used by the DoNotPay organization to represent clients in court against speeding penalties.

By successfully completing a writing assignment, ChatGPT was one of just 20% of applicants in the UK to be selected for a job interview.

DeVere warned that the AI revolution is just getting started and mentioned some acquaintances who are already employing the technology in their careers.

‘ChatGPT is still in its early phases. I shudder to imagine what an expert in AI and workforces may accomplish, he continued.

The use cases for ChatGPT are virtually limitless. People have used the platform, for everything from learning how to fix their car to creating explicit code for hacks, as examples.

But according to DeVere, despite some technology-related cautions, people in creative professions should be safe in their careers for the time being.

He advises those in the creative industries to accept technology and use it to supplement their own abilities.

People in creative professions shouldn’t be concerned; instead, they should welcome the changes, according to DeVere.

ChatGPT is being used by the DoNotPay organization to represent clients in court against speeding penalties. The chatbot, which is housed on a smartphone, assists individuals in avoiding tickets.

Perhaps Rishi Sunak can use Chat GPT to get out of a fine for not wearing a seatbelt in his latest social media release!

These developments are not displacing creative people from the process; rather, they are enhancing and enhancing their own capacities.

The fintech startup Twig, which employs AI in marketing, finance, and other areas of the business, is one business that uses ChatGPT to automate some of its operations.

The business employs ChatGPT as a component of its service, which allows customers to turn goods like clothing into cash.

Twig’s CEO, Geri Cupi, stated, “As an enterprise, Twig has early on realized the promise of AI.

The haggling feature we introduced last year, which was driven by Chat GPT, has been well received by both our audience and staff. Organizations will modify their workforces to reflect this scenario.

According to Cupi, AI won’t “take jobs,” but rather serve as a tool that will help humans work more efficiently and productively without getting sidetracked by monotonous duties.

I think the most recent developments in artificial intelligence will positively affect how people will be employed in the future, according to Cupi.

As opposed to taking the place of actual “in-person” jobs, AI will operate as a facilitator, carrying out tasks that will improve people’s lives generally.

AI, according to her, will “free the workforce from tedious, time-consuming, and repetitive jobs that may not contribute to its development.”

In this regard, Cupi added, “I perceive AI as a potent augmenting element to the human workforce, rather than replacing jobs, and critically enriching overall outcomes and enabling for the human originality, approach to thought, and creativity to be glorified.” 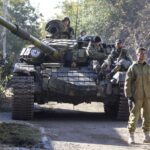 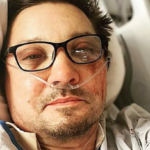