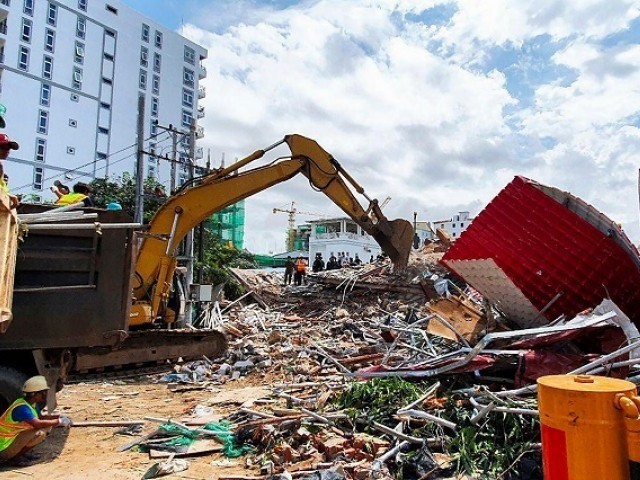 At least three people died when a building under construction collapsed at a beach resort in Sihanoukville early Saturday, and officials fear dozens more may be buried in the rubble.

The seven-storey building, owned by a Chinese company, collapsed with workers inside.

“We have pulled out a body and we see two more bodies still stuck between debris,” Yun Min, the governor of Preah Sihanouk province, told AFP, adding that 13 people were injured.

Photos showed excavators digging into the flattened debris in the hunt for dozens of other workers feared to be trapped inside.

“There are more than 30 people in the pile of debris from the building,” Information Minister Khieu Kanharith said in a Facebook post, citing witnesses.

He said all of the dead were Cambodian, including two workers and a translator.

The building belonged to a Chinese national who rented the land from a Cambodian owner, governor Yun Min added.

Sihanoukville was once a sleepy fishing community before being claimed first by Western backpackers, and then wealthy Russians.

Chinese investment has flooded in in recent years, spurring a construction boom in a resort town known for its casinos which pull in mainland tourists.

There are around 50 Chinese-owned casinos and dozens of hotel complexes under construction.

Between 2016 and 2018, $1 billion was invested by Chinese government and private businesses in the Preah

Sihanouk province, according to official statistics. 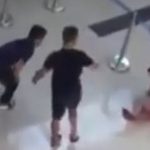 Video: Jailed for kicking Vietnam airline worker to the ground