The International Fleet Review 2017, organised by the Royal Thai Navy, was opened on Sunday, Nov 19, in a ceremony chaired by Deputy Prime Minister and Defence Minister Prawit Wongsuwon. The event is intended to mark the 50th founding anniversary of Asean.

Gen Prayut went up the rooftop of HTMS Thalang, the main ship in the review. After an 18-gun salute was fired from HTMS Pin Klao, HTMS Thalang moved past two rows of 18 ships each for the prime minister to make an inspection.

This is the first time for Thailand to host this important gathering of ships from the navies of many countries, demonstrating a good cooperation between the Thai navy and the navies of other Asean members and friendly countries. 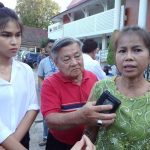 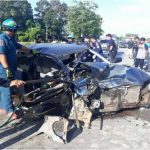 Road accidents down to fate, according 32% of Thai’s