Motorcycle Racer: Motorcyclist Akarakit “Benz racing” Worarojcharoendet, who was sentenced earlier on Friday to eight years in prison for money laundering, was granted Bt1-million bail with a condition that he wears an electronic-monitoring device and cannot leave the country without a judge’s permission.

Akarakit’s mother said it was a one-year-long wait to get her son out of the remand prison so she was happy that he had finally been given bail. Akarakit is to be released on Friday.

Earlier today, Ratchadapisek Criminal Court sentenced the 31-year-old Akarakit, the husband of actress Napapa “Patt” Tantrakul, to eight years behind bars for the charge of laundering money linked to drug suspect Natthapol Nakkham but acquitted him of abetting drug-related offences.

Two other defendants in the case, Sansern Rasanont, 26, and Angsuporn Inna, 30, were found guilty of laundering Natthapol’s drug money and abetting his drug-related offences and each was jailed for 24 years. Sansern and Angsuporn also were each fined Bt400,000.

Sansern and Angsuporn did not apply for bail. 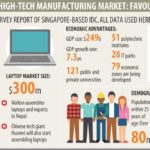 Bangladesh on way to be a gadget-making hub