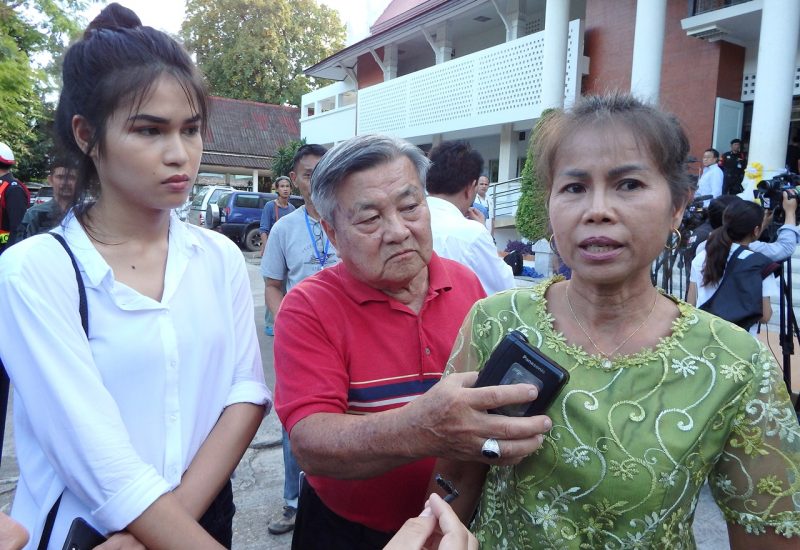 Police on Monday said seven people face charges for their roles in trying to falsely clear the name of a teacher who claimed she was wrongfully jailed for a hit-and-run fatality.

Sap Watree and Suriya Nualcharoen are among seven alleged scapegoats who face charges including filing a false police report and perjury to get the 2005 hit-and-run conviction of Jomsap Saenmuangkot thrown out.

Police allege they were hired to help retroactively exonerate Jomsap, who was convicted in 2013 of hitting and killing a woman with her truck.

On Friday, the Supreme Court rejected Jomsap’s request for a new trial.

After a long trial ended in a conviction and three-year jail sentence in 2013, Jomsap served about 18 months before being granted a royal pardon. In January, nearly two years after her release, she stoked widespread sympathy by going public with her story of injustice and police incompetence.

She pointed out that Sap had confessed in late 2015 to being the driver of the truck that killed Lua Pobamrung in Nakhon Phanom.

In January, a former regional police commander said Jomsap had offered money to people to take the fall for her. While the public was receptive to her allegations of police misconduct, officers insisted that it was not the case.

Sap, who had reportedly confessed to the crime, failed to appear at a January hearing in Jomsap’s bid for a retrial. The Supreme Court cited unreliable evidence in its Friday decision to deny her a retrial.