The 14-million baht lighting system, which was installed at and around the main stupa of Phra Mahathat Woramahavihan Temple, in Thailand’s southern province of Nakhon Si Thammarat, has not been repaired and has now been abandoned.

The system was installed at the stupa, the Phra Borommathat Chedi, in 2014, with money allocated from the Department of Civil Works and Town and Country Planning, supposedly to support an ambitious plan to have the stupa nominated as a UNESCO World Cultural Heritage Site.

The lighting worked well to start with but, after a few years, some components needed repair or replacement. Eventually, it fell into total disrepair and was abandoned, although the normal lighting at the temple remains functional.

There has been no response from those responsible for the lighting project or about their ambition to nominate the ancient stupa as World Cultural Heritage Site.

The temple is believed to have been built by King Sri Dhamma Sokaraj in the early 13th century, as a symbol for the Theravada Buddhism sect in the province. It is believed to house a tooth of the Lord Buddha. 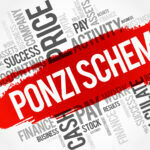 2 foreign Ponzi scammers on the run 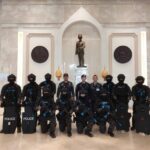