Home » Prayut warns activists that protests will only delay poll 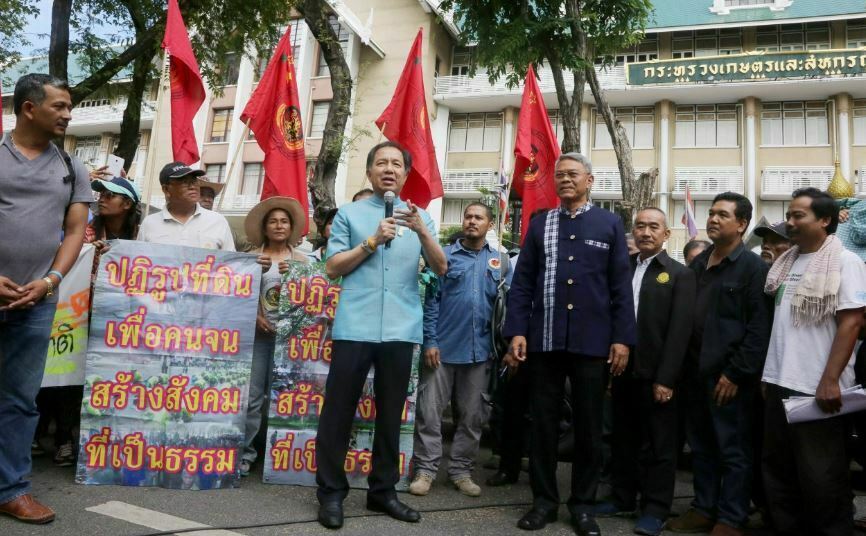 AS PRO-DEMOCRACY activists prepare to march today to call for an election this year, junta leader General Prayut Chan-o-cha yesterday warned that street demonstrations would make an election even less likely

“Tell them there must be peace in society if they want an election,” Prayut said “Whether the election will happen or not isn’t up to me It’s up to them And I have already said it will happen in 2019 Stop this already I’m so tired” The pro-election group led by young activists, including Rangsiman Rome and Sirawith Seritiwat, has planned to protest against the prolonged rule of the National Council for Peace and Order (NCPO) and called for the holding of an election within this year.
Rangsiman said that the demonstration would take place at Thammasat University’s Tha Prachan Campus from 4pm onwards They would not march outside the campus, he said

Besides the election demand, the leader said the group stood firm in its stance that the NCPO be a caretaker government that run the country only up to the election and that the Army must stop supporting the junta. As May 22nd will mark the fourth anniversary of the coup, Rangsiman said the group would also line up activities and movements for this month. The protest today is part of a series of rallies since late January The series is in response to the amendment of the organic law governing the MP election that could delay the election by three months.
Rangsiman also said yesterday that the recent submission of the organic law governing the Senate could further delay the poll currently scheduled for February next year, too. Authorities, meanwhile, said they were prepared for the protest and warned the protesters not to break the law Deputy police chief General Srivara Ransibrahmanakul said yesterday the demonstration taking place inside a university, a private estate, would not violate the political assembly law.
But whether it was an infringement of the junta ban on political assembly of five people would be decided by the Army, he said. However, officers had been prepared for any situation that could happen, the deputy police chief said. If the protesters marched outside the campus or violated any laws, legal consequences would follow, he said. Those who already had a police record or an arrest warrant would be arrested if they committed any crime today, Srivara added. Officers and plain clothes officers would be deployed, he said. They would keep watch on any interference by a third party that could provoke violence, he said.

Plagued by pigeons? Thai town traps and cooks them