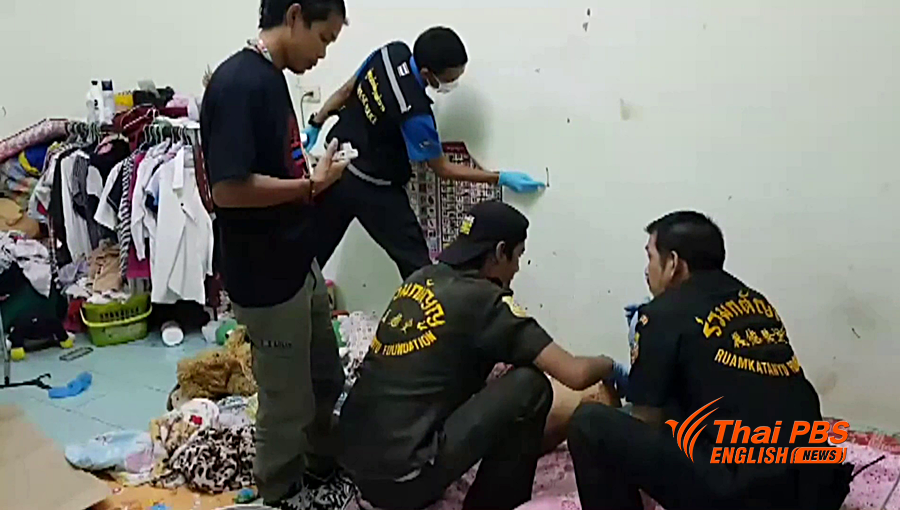 “Can you help me wake my mother up” said a 5 year old girl to her neighbors, not realising that her mother was in fact, dead.

A five-year-old girl was left sitting by her mother for a long time, not knowing she was already dead in their rented room in Phra Samut Chedi district of Samut Prakan province on Friday (Sept 15), their neighbours told police.

The neighbours said the woman, Chan Saengfa, 32, lived in a rented room in Tambon Bang Pla Kot with her daughter.

On Friday evening, the girl came out to tell them that her mother had slept for a long time. When she was hungry, the girl kept waking her mother up, but she remained silent.

“Please help wake up my mother to cook some food for me. I am hungry,” the neighbours quoted her as saying.

The neighbours went to the room and found Chan was already dead. They found blood from her nose and mouth, and some bruises on her body.

Samut Prakan police and authorities from Samut Prakan Provincial Police Forensic Science arrived at the room to examine the body.

The neighbours said the woman, from Loei’s Phu Kradung district, made her living by vending roasted chicken.  She was lately in relationship with a CD seller, who she said frequently beat her up. She tried to break up with him, but not successful.

Police were looking for the man for questioning.

Western powers warn Suu Kyi about Rohingya before a speech.