Home » The X Factor is finally coming to Thailand

For all you budding pop stars out there, the wait is finally over. Yes, the hit TV show, The X Factor, which has produced some pretty famous superstars is coming to Thailand.

The show has been a huge hit for a number of years in the UK and US, in particular, producing superstars such as Leona Lewis, Olly Murs, Fifth Harmony and Little Mix to name just a few.

Produced and ran by the legend that is Simon Cowell, the show has gone from strength to strength since first airing way back in 2004.

Because of the success of similar shows such as The Voice, here in Thailand, The X Factor is about to make it’s debut and there are high hopes that yet another super star will be found.

Auditions start on June 9th and are being hosted by K Bank Siam Pic-Ganesha, More dates are set to be announced too so keep your eyes peeled for more info.

Thai’s love a sing song at the best of times, but initial reports are suggesting that the auditions are also open to foreigners living here too, but this is yet to be confirmed.

The first show is due to aired on TV later this year in August, but a specific date is still being negotiated by the powers that be.

I, for one, will certainly NOT be giving it a go, due to the fact that my singing is dreadful and best kept to the confides of my shower and my shower only, but good luck to anyone out there thinking of giving it a go. 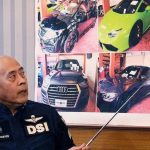 The Hunt has started for stolen UK luxury cars 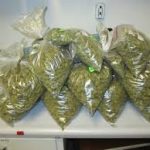