Woman Left Paralysed: A woman who was paralysed after being ‘catapulted’ from her bed during sex has lost her high court claim and her seven-figure sum bid.

46-year-old Claire Busby was left paralysed due to a spinal injury after falling from her king-sized bed and landing on her head while changing sexual positions.

She blamed the Berkshire Bed Company, ‘Beds Are Uzzz‘ where she purchased the bed from, saying the bed was in a ‘defective state’ at the time of her injury and sued them.

Ultimately the claim was rejected by the high court judge who stated her bed wasn’t defective and her injury was caused by a ‘tragic accident’, reports Mail Online. 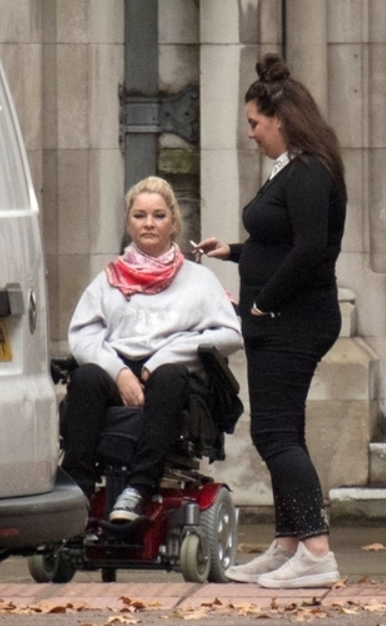 Judge Barry Cotter said: “[The accident] required a most unfortunate and unusual combination of positioning on the bed and movement which I do not believe would have been foreseeable by any reasonable person prior to the incident.”

He added: “As a result of the matters set out above, the claim in relation to this tragic accident – which is what I find it was, a simple accident – fails.”

The court heard Claire was injured only a week after the bed arrived – she explained she was having sex with her partner at the time and was kneeling in the middle of the bed, at this time she decided to change positions and ‘swung her legs’ from underneath her and laid back on the bed with her head towards the foot of the bed.

Clair claimed the bed ‘gave way’ at this point and she ended up falling off the bed, landing on her head, and her spine was left seriously injured.

She said: “I spun around, I put my hand down and then I felt like I was catapulted off the back of the bed. My head hit the floor, I fell to the side and then I heard like a spring in my body snap, it felt like.”

During his ruling the judge said: “Having carefully considered the totality of the evidence I am not satisfied that the difference in level between the two divans played any part in MsBusby’s loss of balance backwards.

“Rather, I am satisfied that this was a simple but tragic fall; she simply overbalanced probably in part because she was sitting on a mattress as opposed to a firm surface andunderestimated the amount of give underneath her body.”

The director of ‘Beds Are Uzzz‘, Richard Manders, said: “We are delighted the court has ruled in our favour. We are sorry that Ms Busby was injured and we wish her and her family well for the future.”