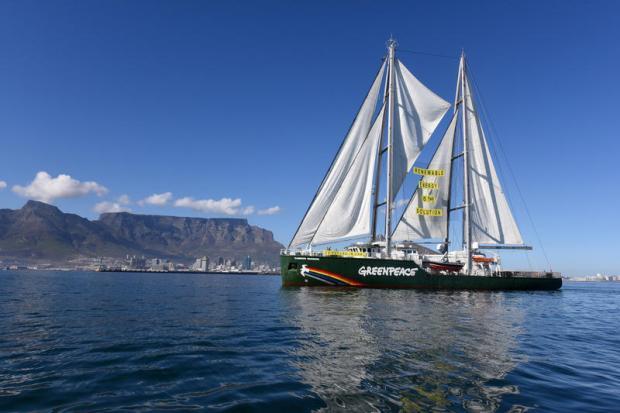 The Rainbow Warrior, Greenpeace’s most iconic ship, is sailing to the Gulf of Thailand and will anchor near Songkhla’s most popular beach, Samila Beach, for five days, from May 16-20. Many activities will be arranged to accentuate the mission of the ship’s first visit to the Kingdom.
The journey is part of the “Rainbow Warrior Ship Tour 2018: 100% Renewable Energy For All” project. The objective is to amplify the voice of the Thai people calling to end the age of coal and to demand solutions through an inclusive and sustainable economic development model based on just, affordable and sustainable renewable energy systems.

Near the cat and mouse bronze sculptures on the beach, there will be an exhibition on the impact of climate change, Greenpeace and the environmentalist movement, and the history of the Rainbow Warrior There will also be games and a showcase of 1,000W solar energy kits.

The ship will be open for public tours for only four days, from May 17-20, 9am-5pm. Each round will last 30 minutes and is limited to 60 visitors. Shuttle boats will be provided for transportation, with each ride taking around 15-20 minutes from beach to ship.

There will be two interesting activities running right on the ship. A forum on “Exploring Thailand’s Beach Ecosystem” will be held on May 18, 3-5pm. It is hosted by the Songkhla Forum Group, Beach for Life and Greenpeace Southeast Asia.
Set for May 19, 2.45-5pm, is a panel discussion on “Panrak Panlae” presented by Panrak Group, fishermen from Chana district, Chong Fuen and Ruenrom Market. It will touch on local fishermen’s conservation efforts and the connection between our eating habits and the ocean.

Launched on Oct 14, 2011, this is the third edition of the Rainbow Warrior ships used at the forefront of Greenpeace campaigning, often sailing to remote areas to bear witness and take action against environmental destruction.

This one, however, is better equipped to campaign than its two predecessors. The original Rainbow Warrior, built in 1955, was on her first mission to Iceland in April 1978, to oppose the commercial whaling programme there. It was sunk in a bombing ahead of its planned protest against French nuclear testing in the Mururoa Atoll while mooring in Auckland, New Zealand, in July 1985.
A new ship (Rainbow Warrior II) returned to battle, successfully ending the French nuclear-testing programmes. After 22 years at the campaigning front lines, the ship retired from her Greenpeace life on Aug 16, 2011.
The Rainbow Warrior earlier toured the Philippines and Indonesia. After Songkhla, the ship will visit Malaysia before sailing to the Andaman side of Thailand, anchoring at Phuket Deep Sea Port, the last destination for the Ship Tour 2018, from June 9-12.

There is no admission fee to the ship tour but registrations are required. 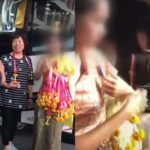 The night the earth moved