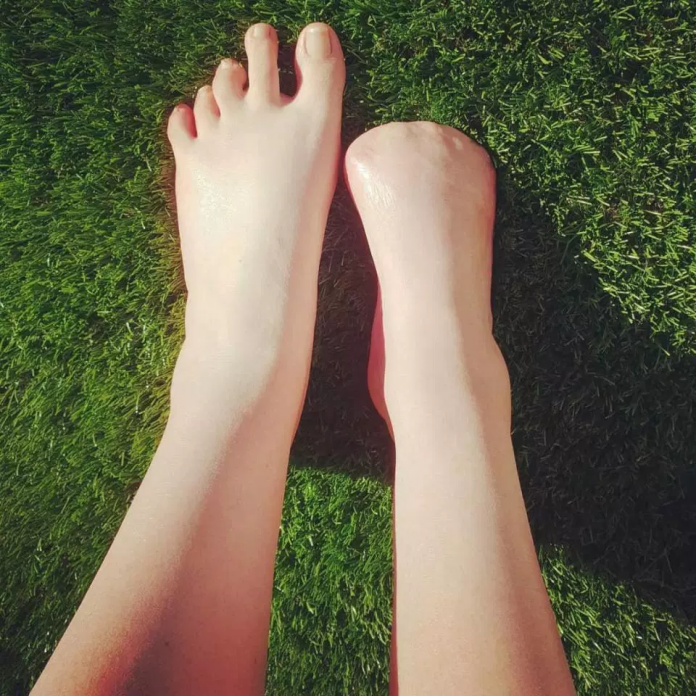 FISH FOOT SPA: A WOMAN’S indulgent Thai holiday spa turned into a living nightmare when an infected fish tank led to all five toes being amputated on her right foot.

Property manager Victoria Curthoys, 29, initially received an infection in her big toe after treading on glass, resulting in doctors amputating half of her toe to kill the infection.

Four years later, while on holiday in Thailand in 2010, Victoria used one of the ever-popular fish spas whereby small freshwater fish feed off and remove the foot’s dead skin.

The treatment gave Victoria, from Perth, Australia, another infection to the bone of her big toe with a water-borne bug only found in Thailand, which had seeped through her prior surgery wounds.

Upon returning home, Victoria was forced to see doctors after the infection left her with fevers and sickness.

Despite her declining state of health, it took doctors over a year to diagnose the disease as Schwelmenella, an infection which eats away at the bone, eventually forcing doctors to amputate the entire big toe in December 2012.

After the initial infection was removed through amputation, the pressure of walking on her smaller toes left Victoria with rough calluses and further infections, eventually leading to Victoria’s other four toes being removed over the course of the next five years.

She said: “When I was 17-years old I received a cut on the bottom of my big toe after cutting it on some glass.

“I didn’t notice it was cut as it was on the bottom of the toe and not causing me any pain.

“It took me a while to realise it was there so by that time I already had an infection in the bone, so the doctors amputated half of the big toe.

“Then when I was in Thailand I decided to use a fish spa. I thought nothing of it as I’d watched the owner set up the system and it looked very clean, but how wrong I was.

“I ended up getting another bone infection in my big toe and it took doctors over a year to figure out what type of bug I had. By the time they’d realised what it was, my entire toe bone had been eaten away and I’d been suffering from sickness the whole time.

“They eventually decided to take the big toe off completely. I felt relieved that I could go back to my life without being sick all the time and I was determined to get better, so I could show the doctors I had been right the whole time.

“A year of walking without a big toe caused ulcers on the second toe from the pressure placed on it. It had a rough callus over the top, but I was unaware that underneath that there was another raging infection.

“This time, the doctors took the second toe and left me with three toes.

“I was healthy for another two years, I thought I was very lucky to still have my foot and carried on with my life. But then I started to get sick again.

“Every morning I would be vomiting and constantly had a fever, but X-rays weren’t showing any signs of infections, so the doctors fobbed it off for a long time and they told me it was all in my head.

“It wasn’t until my podiatrist ordered blood samples that they realised that I did in fact have another bone infection and I had a very high white blood cell count. This was why I was feeling so terrible.

“In November 2016 my doctors took the third and fourth toes, but for some reason they left the small toe.

“Because the little toe was the only one left, I kept knocking it and when I walked, and all the pressure would go onto the little toe.

Deaths grab headlines, but not an epidemic in Pattaya