Home » Charming Thai woman gets her ironic message across! 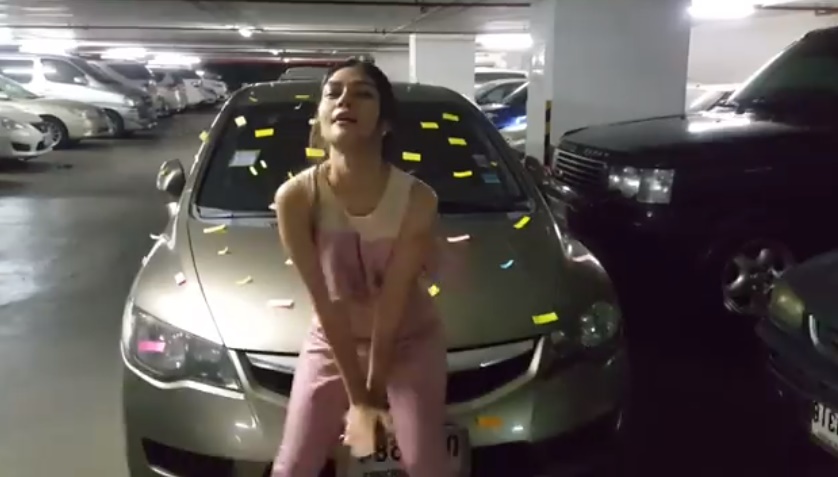 A cheeky Thai woman decided against road rage when she found a car with its brake on blocking her in at a department store.

Instead of resorting to anger and violence as has been seen in Thailand so much recently this attractive woman in pink covered the offending vehicle in Post-It notes then danced expertly to Panama reggae.
The ironic message to shame the Honda driver hit the spot with the Thai public with two million viewing the clip as it was shared across social media from the page of “Kanokphorn Kaewjinda”.
The woman in the video is believed to be called Kiki.
Thai Rath said she left the message:”Panama is far to go….why did you leave the brake on? I won’t just leave Post-It notes”.
One of the notes reiterated the question about the brake as the Thai public reveled in the humor of the approach of Kiki who can now count herself as the latest “Net Idol!” RN – EP