Home » Deaths grab headlines, but not an epidemic in Pattaya

Suicides Grab Headlines: They jump 50 stories, slash their own throats, set fire to apartments and hang themselves with plastic bags over their heads: Pattaya’s suicide victims often choose spectacular ways to die but, in fact, the city’s suicide rate is lower than Thailand as a whole.

According to 2017 statistics from the Department of Mental Health, 6.03 people per 100,000 killed themselves in Thailand. In Chonburi, registered residents committed suicide at a rate of 4.33 per 100,000.

In 2017, 96 people committed suicide in Chonburi, although not all of them actually lived in the province. That translates to a rate of 6.33 per 100,000 people.

The country’s highest suicide rates were, unsurprisingly, in some of its poor regions. Mae Hong Son is the country’s suicide capital at 14.55 per 100,000, followed by the central, Issan and southern regions.

Depression is the most-common reason for killing oneself, followed by heartbreak and stress, be it from school, work or family problems. Chronic illness also is a leading motivation.

Suicide methods had remained consistent over the decades – drinking poison, gunshot, jumping from high buildings and jumping in front of cars or trains – but as technology and mass media spread, the ways in which people chose to kill themselves in Thailand have gotten more creative. And foreigners are the most-common victims of the extreme measures.

Examples include tying plastic bags on the head, lighting a fire in a closed room, connecting a hose to a car’s tailpipe and even drowning oneself in a bucket of water.

That was how Swede Sten Lundholm, 62, died in Pattaya on July 6, 2016. Police arrived to find his corpse sitting on the floor, his head drowned in a 50-liter bucket of water with a golf bag on his neck to ensure he couldn’t escape.

Conspiracy theorists would immediately claim the foreigner was murdered, but Lundholm left a note, saying he was broke and asking that his relatives be contacted once he was dead.

Five months later, American Frank Thomas Kates, 52, was found dead under water about 200 meters off Koh Larn. The scuba diver had tied himself to a concrete post and slashed his own neck. Even police suspected murder, but found enough evidence to confirm it was an elaborate suicide.

Manoon Jaitong, a volunteer with the Sawang Boriboon Thammasathan Foundation, has been collecting dead bodies for 20 years and seen his share of suicides.

He said suicide methods often depend on race and nationality. Asians – except for Thais – often choose asphyxiation, either by strangling themselves with a plastic bag or burning charcoal inside.

Chinese national Jin Chen Ey, 27, did just that July 6. He lit two barbecues inside his South Pattaya condo and died of carbon monoxide poisoning. His suicide note claimed he was having massive family problems.

Manoon said it’s westerners who grab the headlines by taking spectacular dives off towering condos or high floors of shopping malls. Or they slash themselves with knifes, sometimes creating a bloody mess but survive.

“Bill”, a 60-year-old Englishman living in Pattaya, admitted he recently attempted suicide by cutting his arms and stabbing himself because he was slowly dying of a chronic disease.

But Bill said his friend found him and got him to the hospital in time for doctors to save his life. He said relatives came afterward from overseas and he now doesn’t have the urge to kill himself.

As for Thais, they’re still quite “old school” when it comes to suicide, Manoon said. Most still shoot themselves, overdose on drugs or hang themselves.

Samaritans of Thailand, a non-governmental organization founded in the United Kingdom in 1953, is the main group offering suicide counseling and intervention in the kingdom.

In a 2015 magazine article, Samaritans said it received 7,000 calls to its Thai-language hotline a day, with about 10 percent involving an ongoing suicide attempt. The other 90 percent were distressed people who said they had suicidal thoughts.

The group tried to set up an English-language hotline since 2007, but to this day still lacks the funding for the 150 operators it would take to do it as it is done in the U.K. Instead, Samaritans runs a call-back service that receives more than 100 English callers a day.

If you are considering suicide, call Samaritans at 02-713-6793 (Thai) or 02-713-6791 (English). Live operators are available on the Thai line from noon until 10 p.m. with call-back services available on that and the English line around the clock. 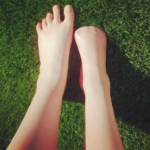